Space games are mesmerizing in their scope and usually allow you to explore vast expanses. If you are an avid fan of space sci-fi, then you should not miss our new selection of games.

At the time, the game was not expected to be anything new. Star Citizen was on the horizon, so Elite: Dangerous was a rather modest entry. But no one ever imagined that the project would be so captivating and impressive. 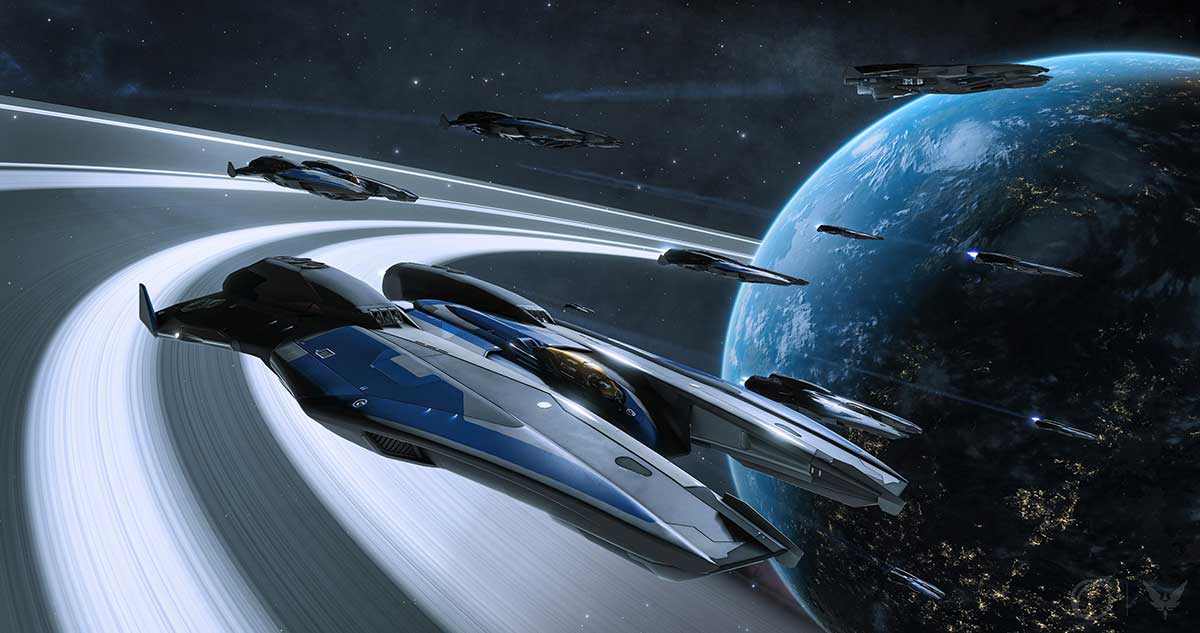 It is a real spaceship simulator. There’s no simple docking with the station and landing with a couple of keys. Be kind enough to do a lot of actions on the control panel, request access from the dispatcher, and even get into the little gateway. All of this immerses you in the game to the bone. And when the battle begins, you’ll have dozens of systems to keep track of.

The scale of Elite: Dangerous is also striking. 1:1 space stations, real asteroid rings, and most importantly – As many as 400 billion stars, each available to visit. Getting lost in space is easy here.

In Elite: Dangerous you can become a smuggler, merchant, or pirate, so there will always be enough activities in space.

One of the major failures of 2016 has time later turned into a real gem. The developers didn’t just finish up to the promised level of No Man’s Sky but also brought a lot of new and cool content. As a result, the game’s universe can drag on for dozens of hours. 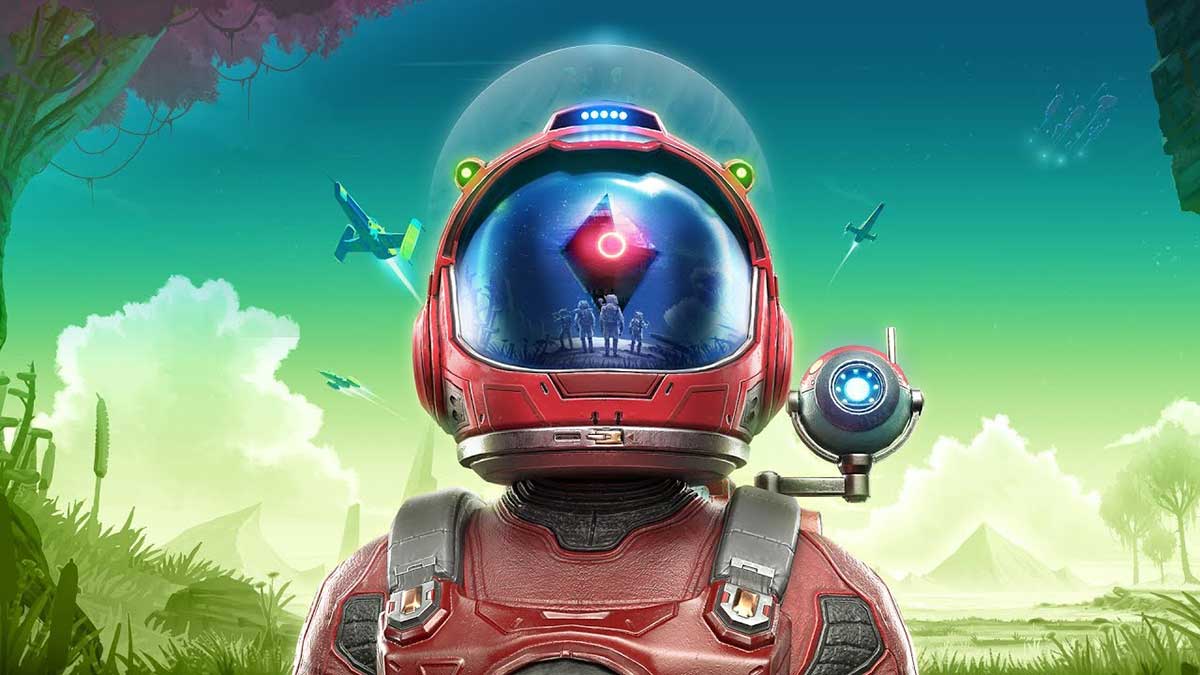 The scale is even bigger — Eighteen quintillion planets. You can give each of them a name. On each of them, you’ll encounter strange plants and animals. The horizon for exploration is simply limitless. You can’t physically visit everything, and many planets will have been discovered before you.

On the other hand, playing No Man’s Sky – is hard and tedious work. All gameplay comes down to the constant search for the right resources. There are story quests, but you won’t find a coherent story here. Absolute freedom can get boring very quickly, and you never get to the center of the universe.

The most controversial project in the history of the gaming industry. The game was announced back in 2012, and to date, it has already spent over $300 million in development. What do players get in the end – only an alpha version of the project? 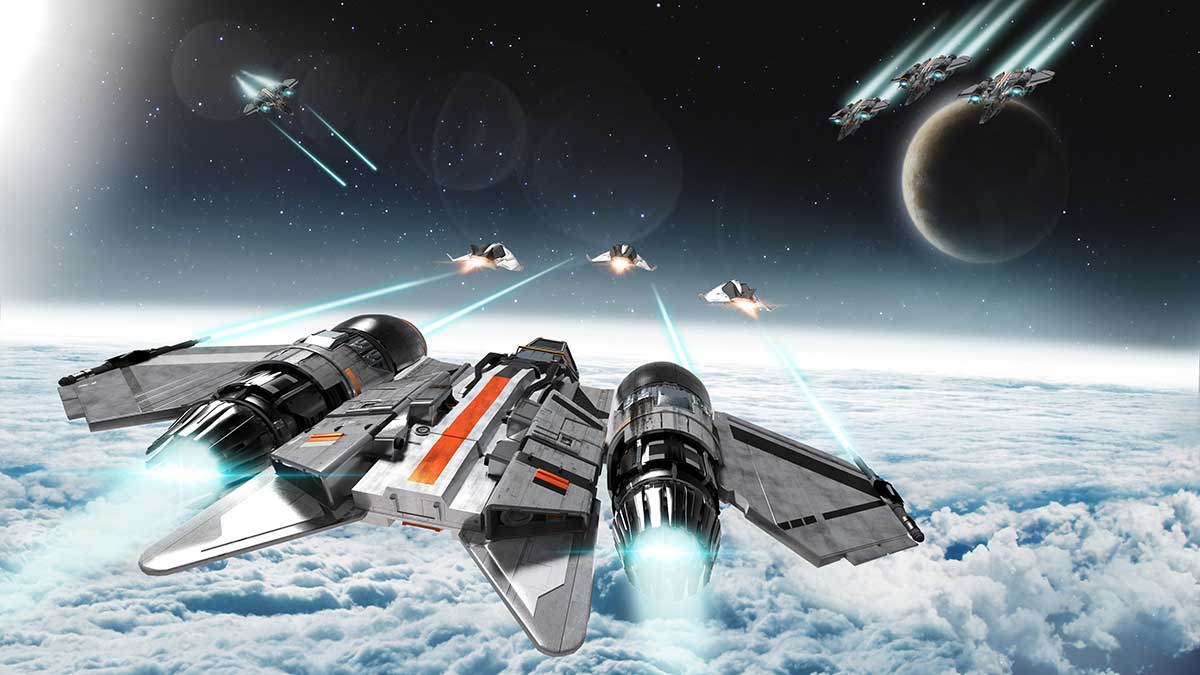 It is a first-person game where you travel through a star system and can own one or more ships. Space Courts – That’s the best part. More than 30 different ships with elaborate interiors, from light fighters to massive frigates. But you’ll have to buy most of them with real money.

Tasks in the game are few, mainly the transportation of various goods. Star systems are hand-created, so there are no more than 100 of them. But on the other hand, very well-observed scale. Landing on a planet – This is a whole adventure, and if you do not slow down in time, you can easily crash on the surface.

Star Citizen – is the most ambitious project, but when it will get to release is the main question.

We should say right away that this is not a classic simulator, but a typical MMORPG, including for weak PCs. Most of your time will be spent in the hangars and reading the various documentation. Micromanagement – is the main component of the game. 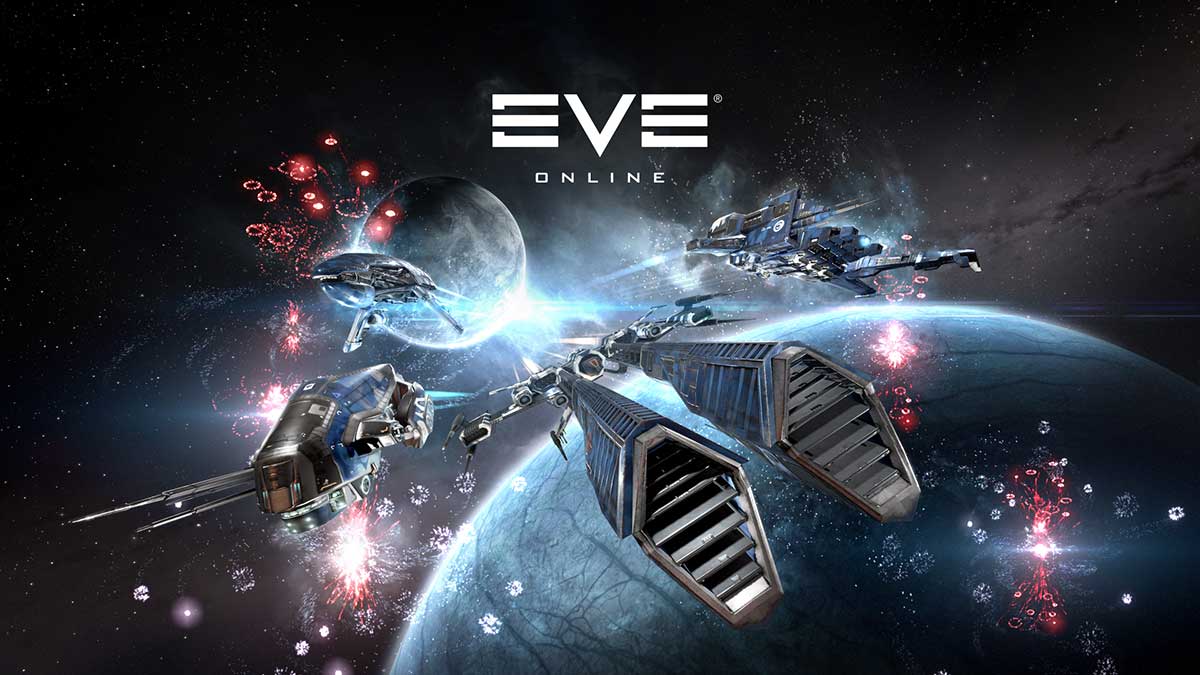 There is no storyline as such. The developers have created a little backstory of the world, but the development of events often depends on the players themselves. You are given your first ship and set free to sail. How to be further – Will have to spin and earn.

The main difficulty is not only mastering all the functionality. The problem is created by thousands of other, usually already more experienced players. You are not insured against losing everything you have gained, so you have to choose your travel systems wisely. What’s more, EVE Online already has entire alliances, and the biggest battles involve thousands of players. Gamers can even jointly build entire stations.

If you are not afraid to dive into such a complex world of MMORPG, you should start playing EVE Online even now. The project does not lose its relevance in 2021.

Looking for something similar to Elite: Dangerous, do not miss this space travel simulator.

From the first minutes of play, Everspace impresses with its graphics. There’s no dull space here, and every view – is a small work of art. The shimmering light from the stars, the huge planets, and the asteroid belts. You could watch this for hours. 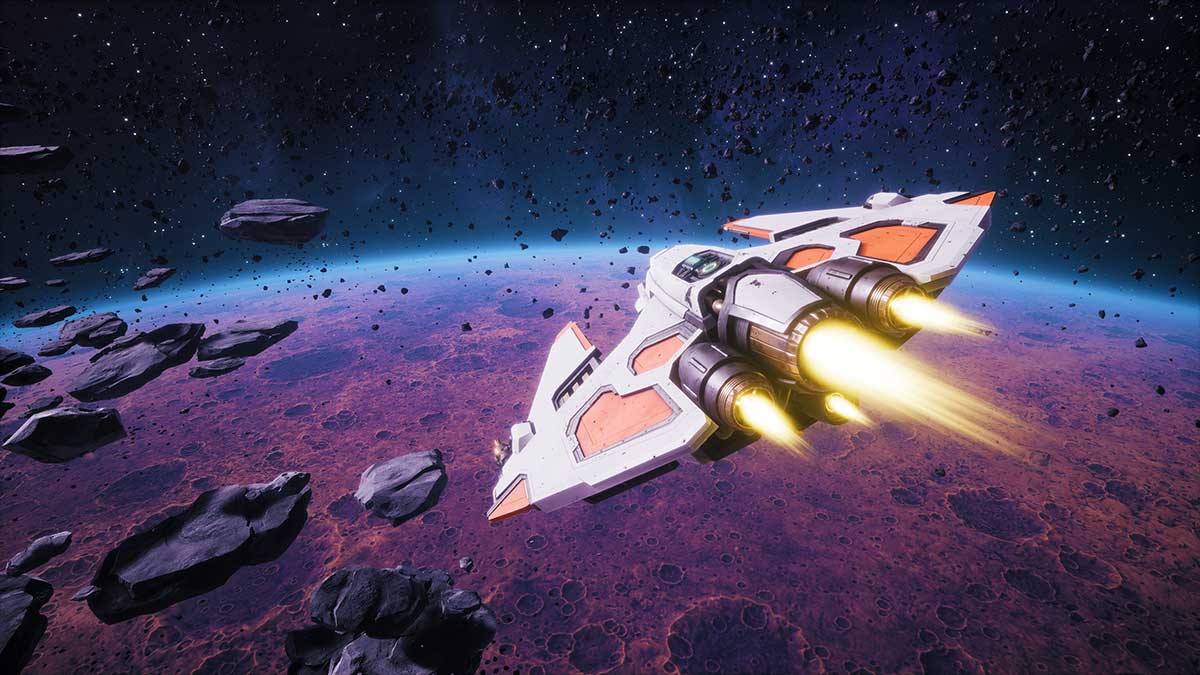 On the other hand, the game does not try to be hardcore. This is a typical space shooter where the emphasis is on fun and cool battles. The story is told through little drawn cutscenes, and your FTL-style task is to traverse several star systems and reach your final destination.

Each new system will pose unknown dangers, from huge enemy ships to anomalies. There are more random events that will lead to your, death here than you’d like.

The main difficulty of Everspace – you have to start all over again when you die. No checkpoints. If that doesn’t scare you – Then go on a journey.

There is something in the piggy bank of space games for fans of strategies. If you were looking for a Civilization-inspired experience, try Endless Space 2. 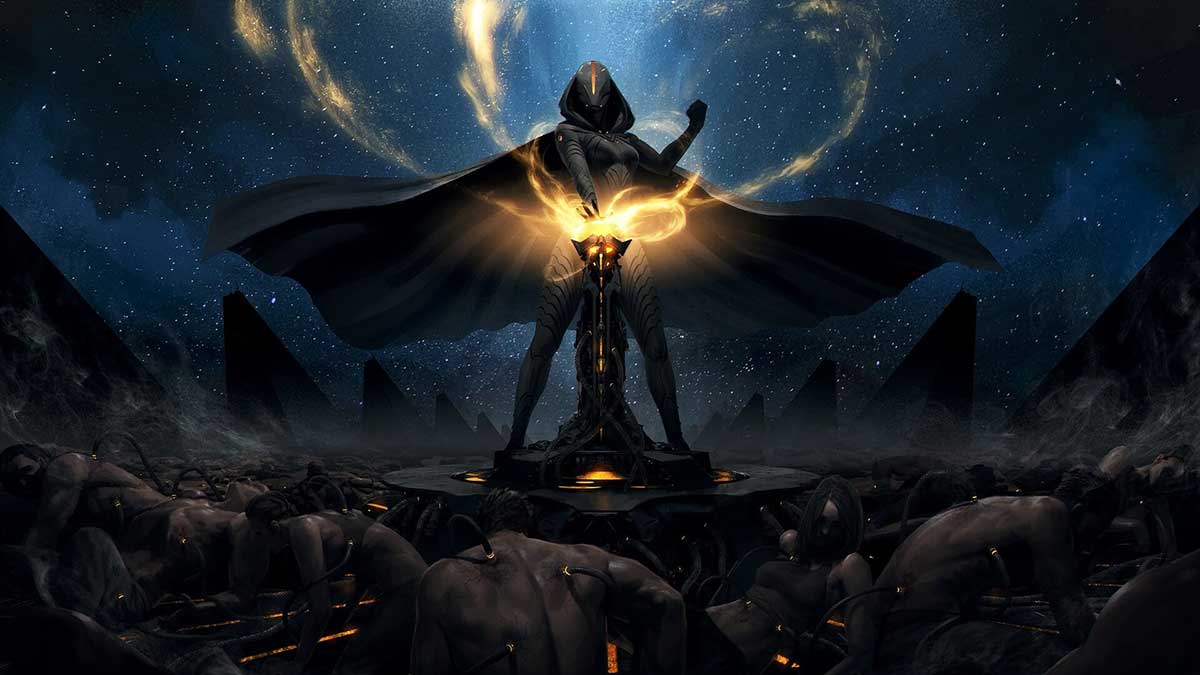 The gameplay is very similar to Civilization. You choose your faction and begin development in your star system. As you grow, you colonize new planets, build a fleet, and explore your surroundings. There are 8 races available to start, each with its bonuses.

Important task – Build and upgrade your fleet. Unfortunately, the battles in the game are automatic. You can only choose your ship’s equipment and formation, which will determine the outcome. You can try to leave if the chance of winning is too low.

Endless Space 2 has a huge number of branches of development, and the systems often appear as interesting random events, such as the discovery of ancient artifacts. At the same time, you will have to keep an eye on the political system of your empire, as it directly affects the further development path.

The game will appeal to fans of strategy, and it has a stunning visual style and nice music.

Another strategy on a galactic scale. This is not quite the usual 4X strategy, because the developers have remade in their way some of the classic points. But it didn’t make the game any worse. 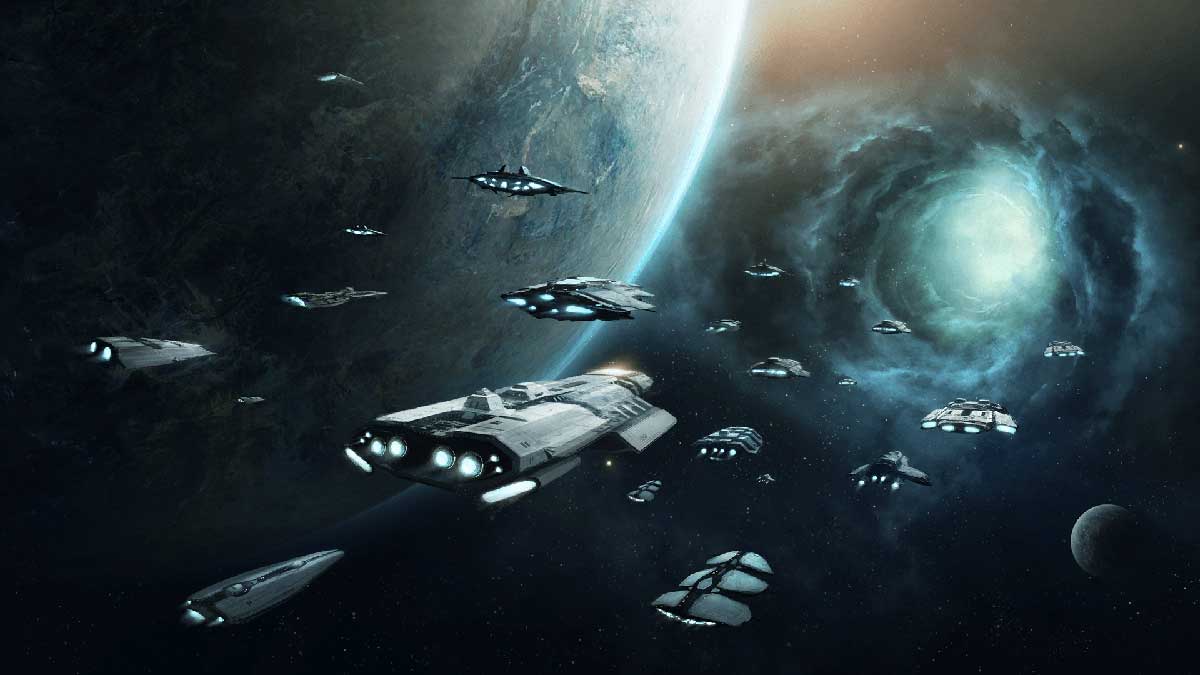 For example, the game has no turn system, all the action takes place in real-time. Planets for colonization in Stellaris are rare, and exploration begins with cautious probing of nearby stars. In the end, you can only meet other civilizations after 1-2 hours of gameplay.

Your task – expand space and improve everything you can. However, in the course of the game free space in the galaxy is quickly running out. Will you be at war or not – Depends directly on the development path of the nation. Not forgotten in Stellaris legislative system and even amendments to the laws.

Stellaris – is a huge and interesting world, which in many things is even more complex than in Endless Space 2.

Once EA gained access to the Star Wars franchise, a wide variety of games began to appear, even very good ones like Jedi: Fallen Order. Squadrons were released especially for the fans of space battles. 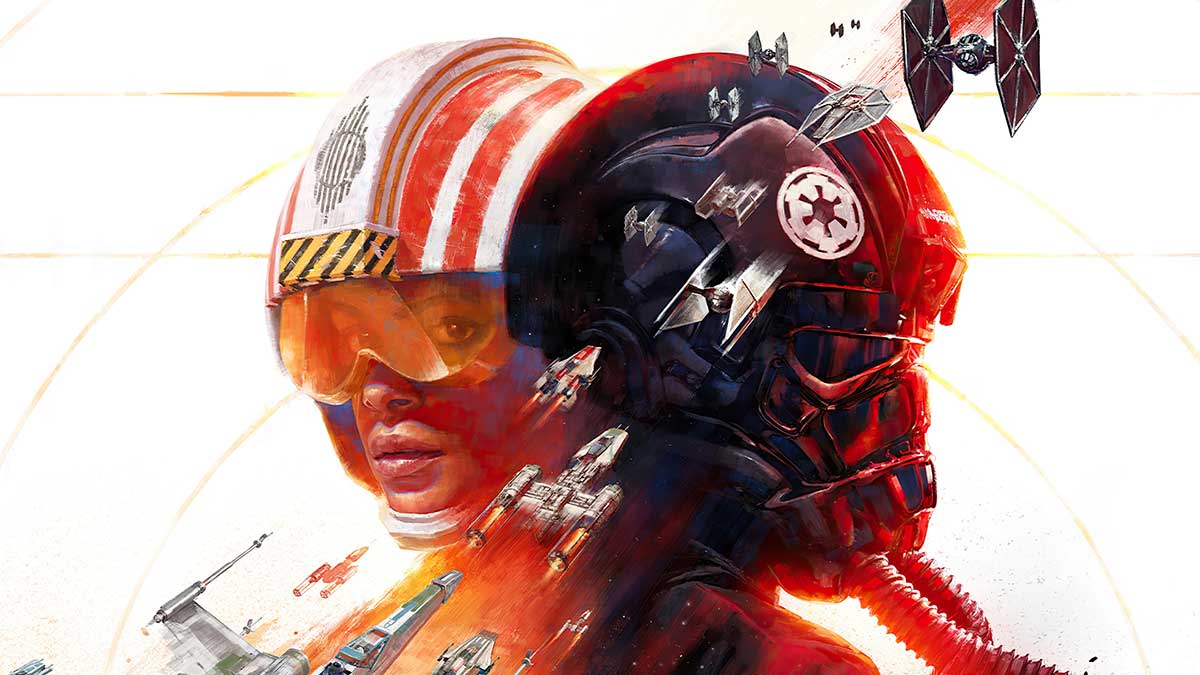 This is not some childish arcade game, but quite an elaborate simulator. From only a first-person perspective, the energy of the ship must be wisely redistributed, as well as control the shields. The game lets you go into all sorts of conventions. For example, you can fully drift on a fighter jet.

Squadrons have a simple storyline with colorful CGI rollers. However, the emphasis is on multiplayer. Several types of ships, each with its distinctive features. There are only two battle modes, and each of them has its flaws.

Squadrons are for those who have long dreamed of sitting in the cockpit of their favorite fighters and seeing the spectacle of space battles with their own eyes. However, the meager multiplayer is quickly tiresome, so one can only hope for further development of the game.

A legend of its time got a real remaster. If you missed the classic strategy games of the 90s, Homeworld is by no means to be missed. It can easily run even on a weak PC. 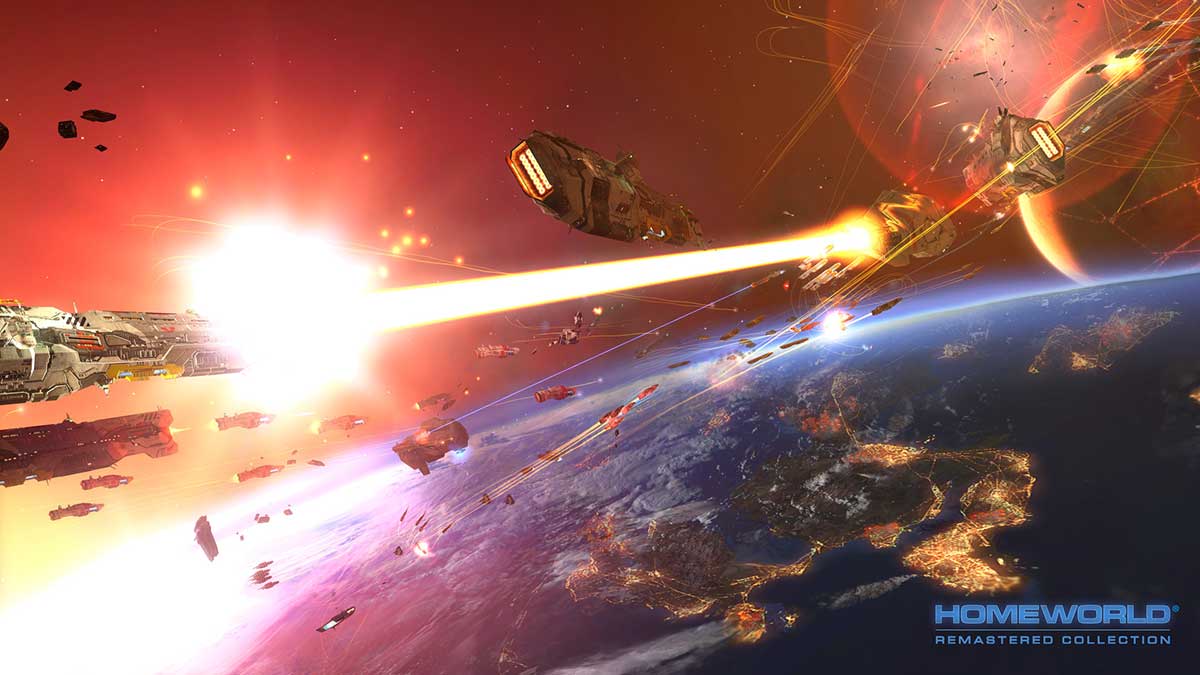 The developers tightened the graphics, so the ships look quite beautiful, although when you zoom in you can see traces of the old textures. The interface has been redesigned only partially, and useless and outdated «chips» Removed so that modern players are not a major inconvenience.

The developers even repainted the cutscenes and left the epochal story untouched, so Remastered Collection is almost a model remaster. It is still fun and exciting to play strategy. In full 3D maps, units can fly in any direction. For newcomers, this will be just the problem, as it is not so easy to control your fleet in three-dimensional space.

Homeworld Remastered Collection will bring a lot of fond memories for people who are familiar with the game but also offer an interesting story and gameplay for newcomers who are not yet familiar with this strategy.

Remembering the classics, we can also mention Star Conflict, which began its journey in 2014. Since then, the game has undergone many changes and now looks just as interesting. 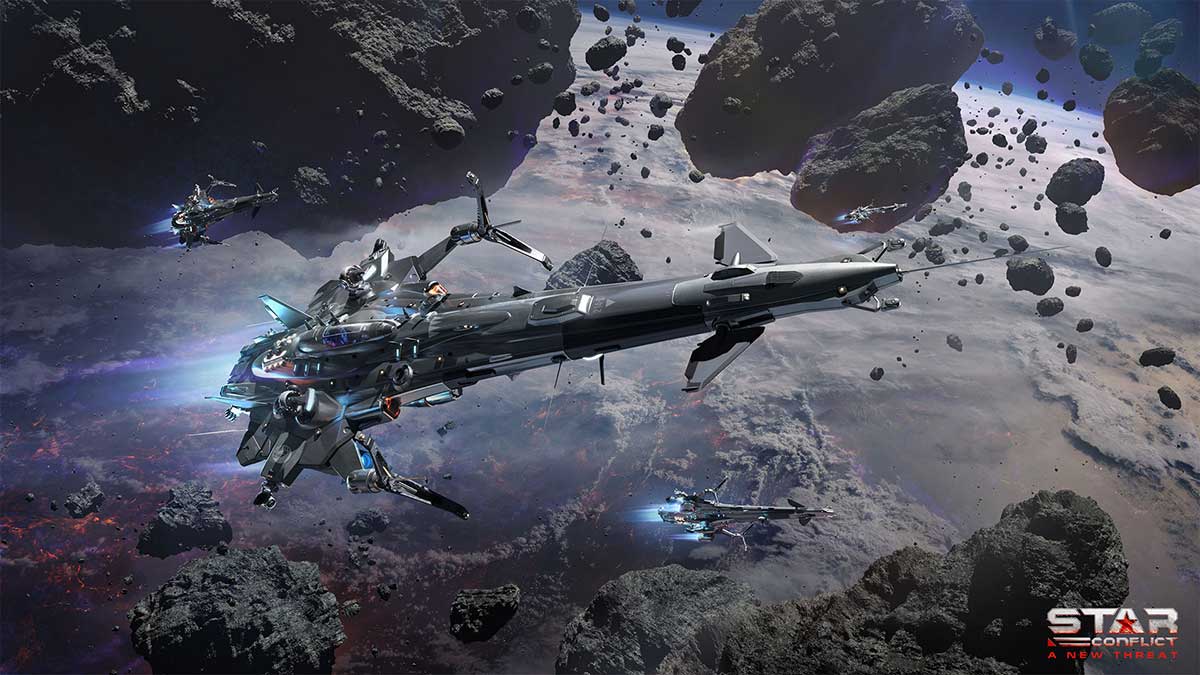 If you have played Galaxy on Fire 2, then you can roughly understand what this project is. You control your spaceship from a third-person perspective. That’s just the open world is relatively small, and the emphasis is on session battles on the type of STAR WARS: Squadrons.

The main thing in Star Conflict — a team game, it is extremely difficult to beat all the opponents in dynamic battles alone. The developers paid special attention to the modification of the ship. More than ten systems to improve plus combat modules with abilities. As a result, there are many variations for a single ship, each of which is suitable for different tasks.

Star Conflict is distributed on the Free to Play model, so be prepared for the many interesting things you will have to buy for real money. Otherwise, it’s a cheerful alternative to STAR WARS: Squadrons for weaker PCs with elements of open-world travel.