Thanks to Cyberpunk 2077 such science fiction genre as cyberpunk has once again become very popular. New games and movies on the subject are coming out. But not every gamer has a powerful iron to assess all the novelties. That is why we decided to make the TOP of the best cyberpunk games for low-end PC that will interest Cyberpunk 2077 fans.

To begin with the classics of the genre, namely the first Deus Ex, which, despite its 20 years old, can still pleasantly surprise. First of all, it concerns the atmosphere and the plot, which according to the classics of the genre is about the injustice in society. The situation worsened when a horrible virus pandemic gripped the world, resulting in riots on the streets. Doesn’t ring a bell? But never mind, let’s not digress from the main topic. 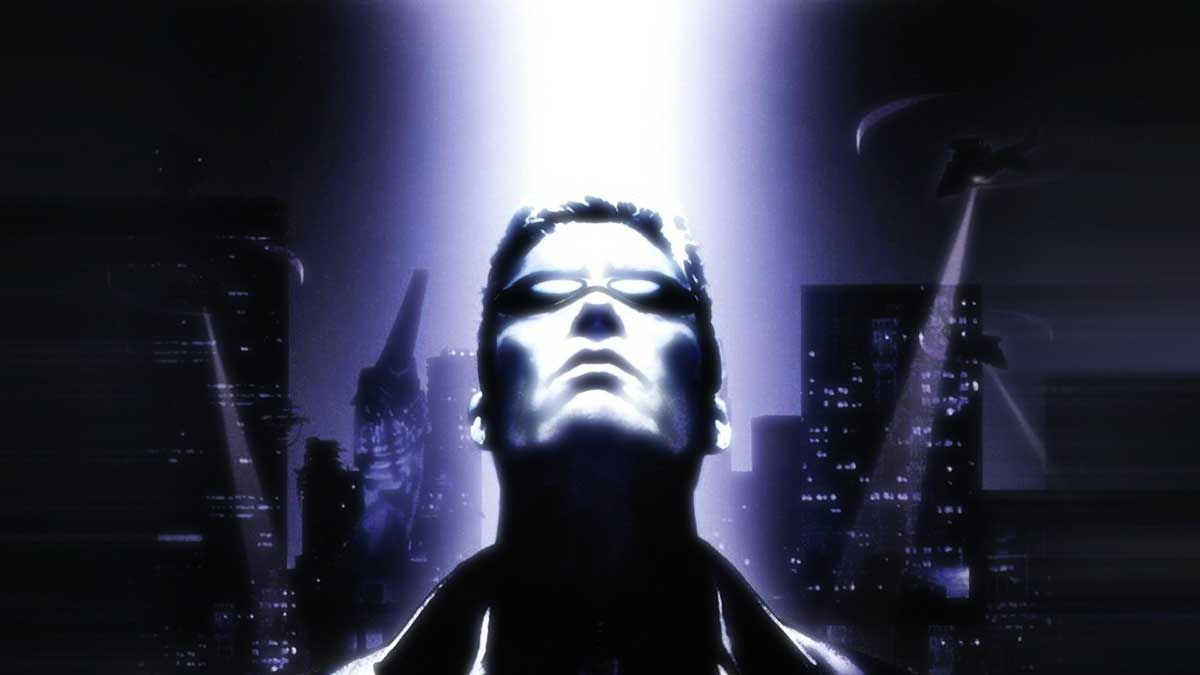 With a vaccine for the virus becoming a rarity and a luxury item, many inhabitants, usually from the lower class, begin to organize gangs and even terrorist organizations, seeking to reset the world’s governments. To prevent this from happening, an anti-terrorist group UNATCO is created, which must put an end to the riots. The main character belongs to this organization. 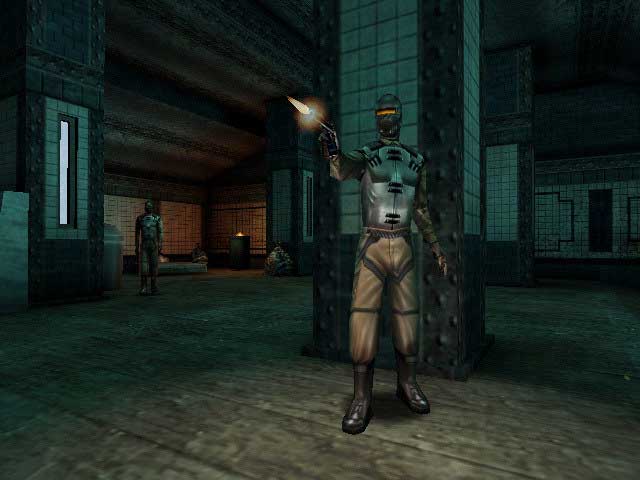 The main feature of the original Deus Ex is its non-linearity and complete freedom of choice. Only the player decides how to complete the mission, who to kill, and who to let live. This variety captivates from the very first hours of the passage. And now add to that a deep story and interesting progression. Ion Storm’s creation did not win an award for nothing «Game of the Year». Trust me, even two decades after its release, Syndicate is still worth checking out.

You can buy Deus Ex on Steam и GOG.

In general, you can safely add the original Syndicate, which was released in 1993, to this list. However, because now it looks, to put it mildly, not very nice, let’s stop on the game in 2012, which, incidentally, has little in common with the original. Instead of economic strategy, the developers have released a first-person shooter, but it is not bad, even despite the mixed reviews of critics. 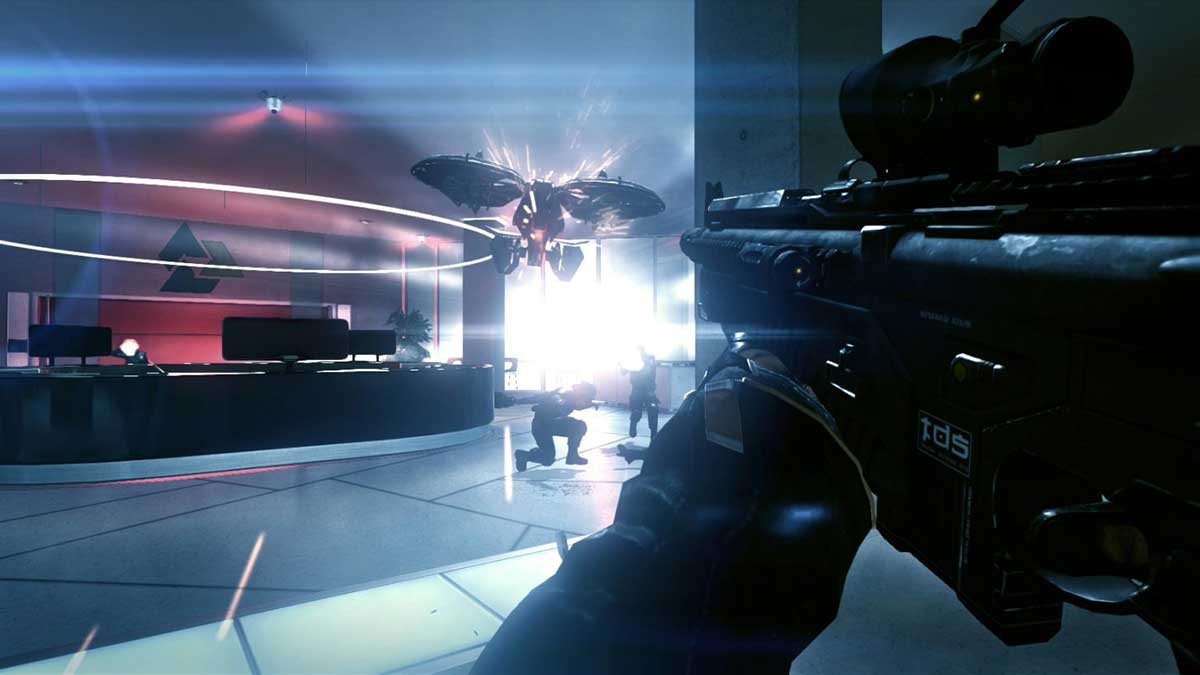 The plot throws the player into the year 2069, where power over the world is in the hands of so-called Syndicates. A protagonist named Miles is a special agent for a corporation that wants to seize the lion’s share of power over the world. Among the features are quite dynamic gameplay, not bad even by today’s standards graphics, and a non-boring storyline.

Buy Syndicate (2012) is available from Origin.

Shadowrun Returns is a tactical RPG in a very unusual, at first glance, setting. The game world is based on the board game of the same name and is based on two very different genres —cyberpunk and fantasy. From the first game, we get various technological things and a story about a ranger who is chasing a serial killer in Seattle. The fantasy game took a variety of races (orcs, trolls, elves, etc.д.) and magic. Imagine a Cyber Ninja, which is in alliance with futuristic weapons and can conjure. Here, this will be one of the characters in Shadowrun Returns. 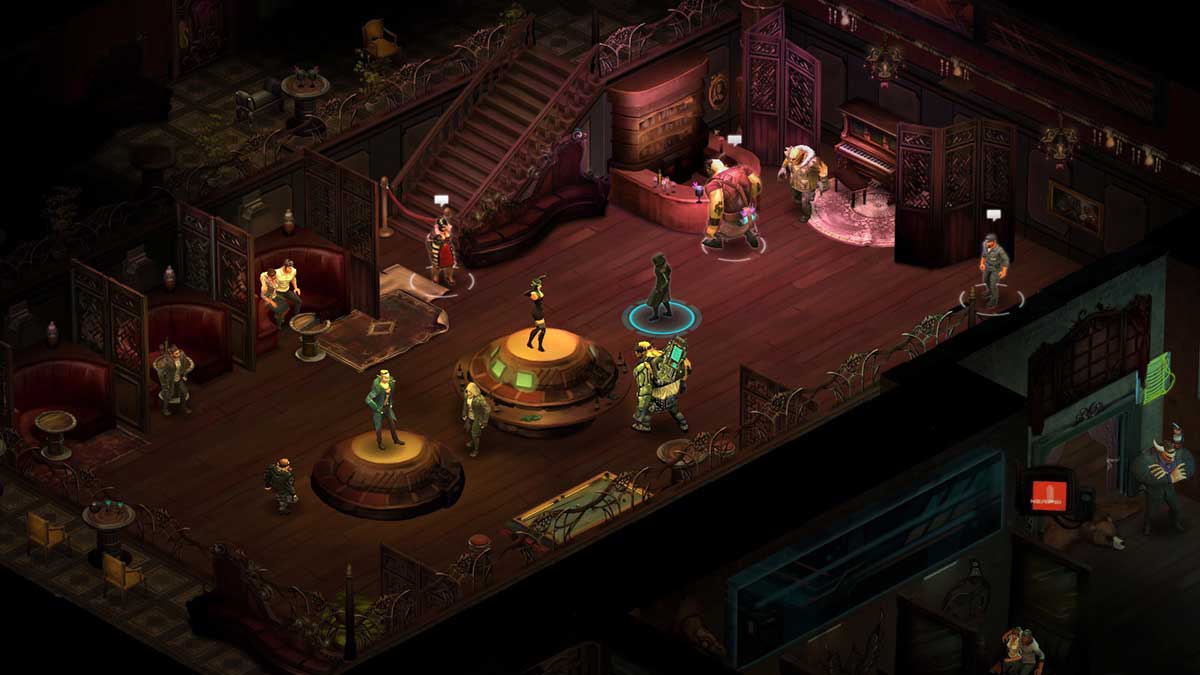 The combat here is turn-based and therefore will appeal to all fans of XCOM. NPC dialogs make up the lion’s share of the playthrough. Believe me, there is a lot of reading to do. The text is mostly non-boring, so this part of the game will not be annoying. Despite the linearity of the narrative, the player is allowed to make choices regarding gameplay decisions during the quests. That is the variability, albeit partial, in the game is still present. Well, for those who have completed Shadowrun Returns and want more, we can recommend Dragonfall — Director’s Cut — an add-on in its own right, which in some places is even better than the original game.

VA-11 Hall-A: Cyberpunk Bartender Action, unlike most other cyberpunk games, is a visual novel rather than an action game or RPG. But even if you are not a fan of the genre, do not rush to pass the game. Believe me, it has something to surprise you. First of all VA-11 Hall-A: Cyberpunk Bartender Action shocks with its beautifully written dialogues, which conceal the wonderful stories. 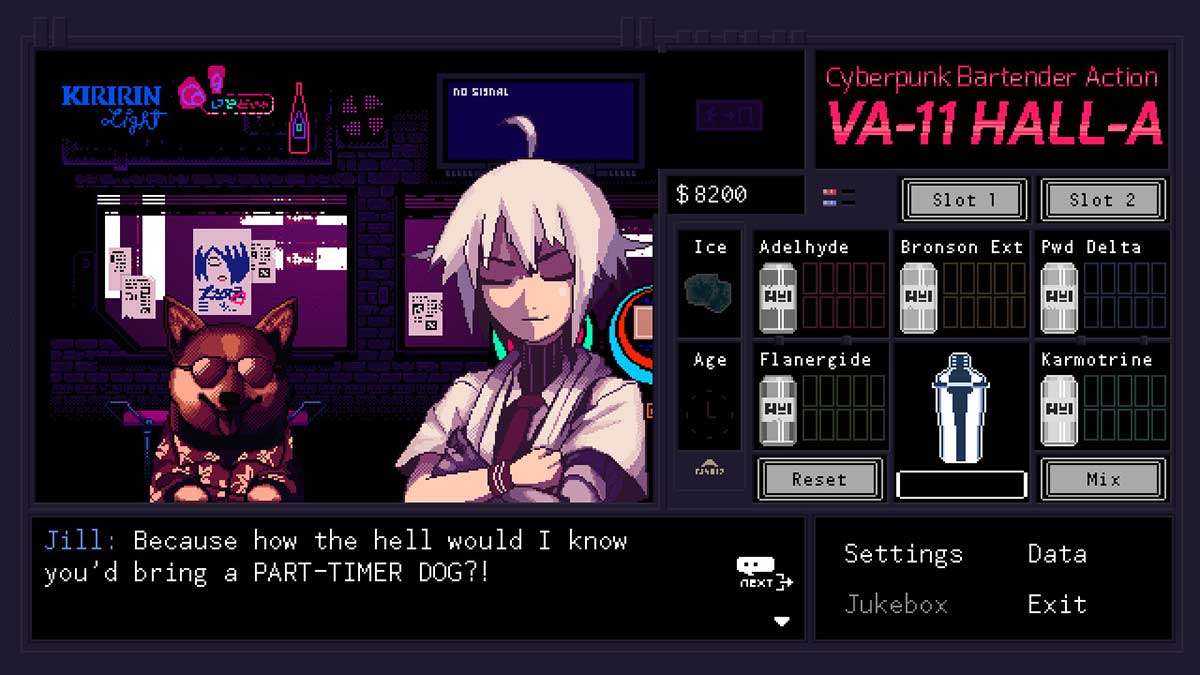 The main action unfolds in a bar called «‎Valhalla », Which is constantly being visited by the guests. With a little bit of booze, they let their tongues loose, and as a result, they tell us incredible stories. It is on the characters that the main feature of the game is based on. They are spelled out, deep, unusual, funny, frightening… in general a variety of. The main thing during the passage of does not to forget to make cocktails.

By the way, fans of replaying games VA-11 Hall-A: Cyberpunk Bartender Action will enjoy the opportunity to get six endings, depending on the choice. It also has beautiful pixel art and pleasant music.

Invisible, Inc —Stealth cyberpunk RPG with turn-based action. The action is set in the year 2074. The world was ruled by corporations that use the services of a private intelligence agency (Invisible, Inc) to perform various operations. One day, the headquarters of the agents are attacked, resulting in only two survivors — the main agent and the artificial intelligence. Now the heroes are on the run and are the number one target of the corporations. And the AI can only survive for 72 hours without a powerful computer system, so the leader of Invisible, Inc. has to conduct a quick special operation and find the right computer for the neural network. 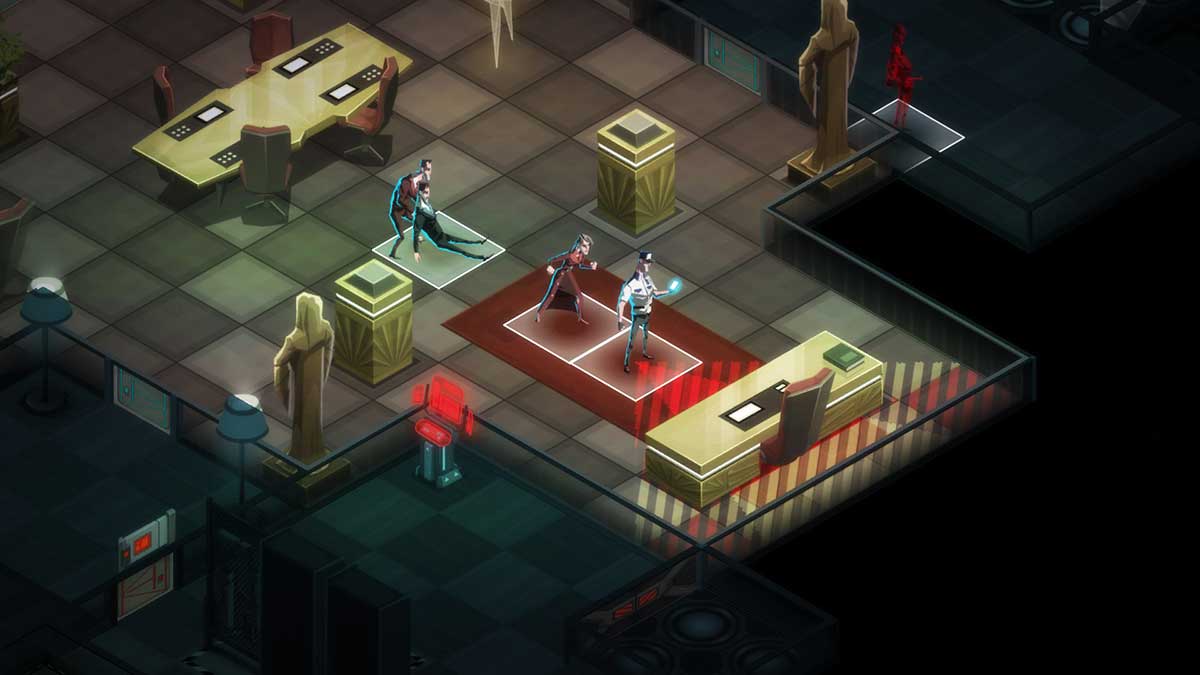 As the story progresses, players will have to perform various stealth operations and control a squad of 2 to 4 people. The gameplay is similar to XCOM, but stylistically the game is completely different. The gameplay is catchy in its simplicity and complexity at the same time. You want to pass each mission with high quality, leaving no unnecessary traces behind, opening all the safes, and taking the contents. By the way, a lot of the game is randomly generated, which is why Invisible, Inc. has a big plus for replayability.

Dex — a 2D role-playing game set in the future world of Harbor Prime. The game was inspired by «Blade Runner» и «Neuromancer», resulting in a very deep and authentic lore. Many in turn call Dex — Deus Ex, but as a side-scroller. And that, by the way, is true. There’s a lot of gameplay variation. The game character is free to engage in hacking, assassination, or diplomacy. Everything depends on the decisions of the player. 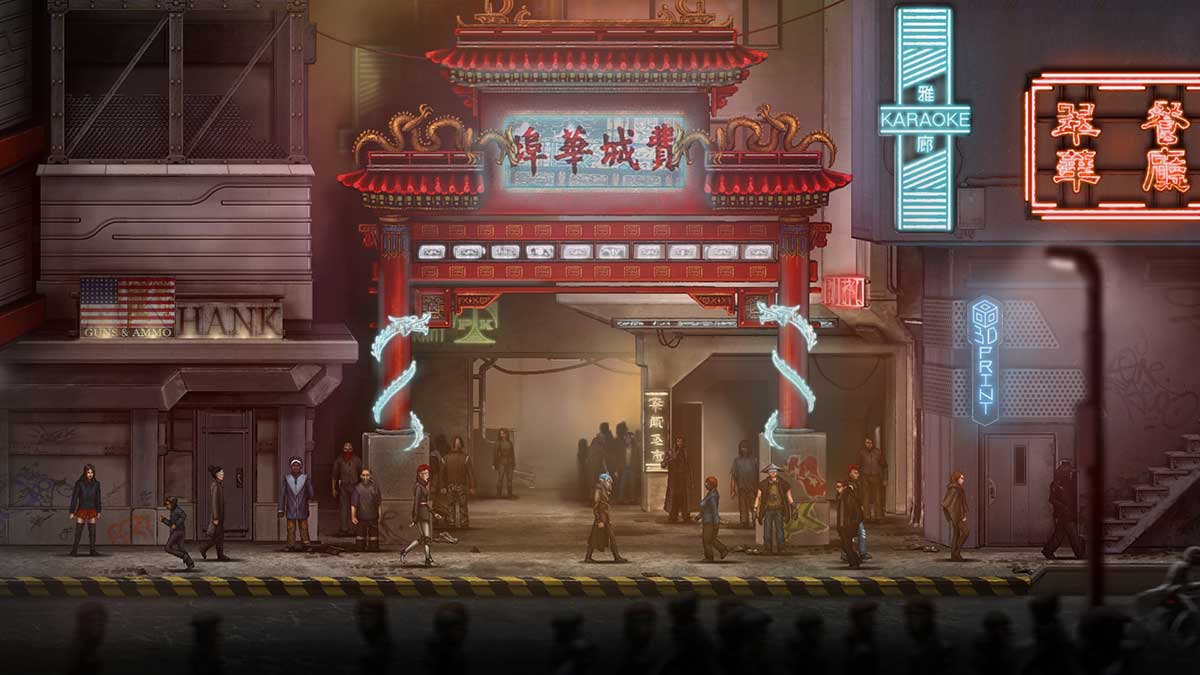 The story is about a character who fights for his life against mega-corporations. Along the way, he meets like-minded individuals with whom he declares war on oppressive corporate members. By the way, there is also an open world made in the format of Metroidvania. Made in the passing of the choice has its consequences so that each time the game makes you think seriously about whether you should take a particular action. It makes you want to replay the game even after the full playthrough. And it is impossible not to mention the very nice artistic tricks. The game, despite its technical simplicity, captivates with its art design — neon signs, notable character clothing, etc.п.

You can buy Dex on GOG и Steam.

Imagine you are a cab driver in the world of the future. More specifically, the cab driver, and then the last one left in the city called Los Ojos. Like VA-11 Hall-A: Cyberpunk Bartender Action, Neo Cab is a visual novel. The quality of the dialogue here is also top-notch. True, to communicate will not be behind the bar, and in the car cab, driving customers to various parts of the city. 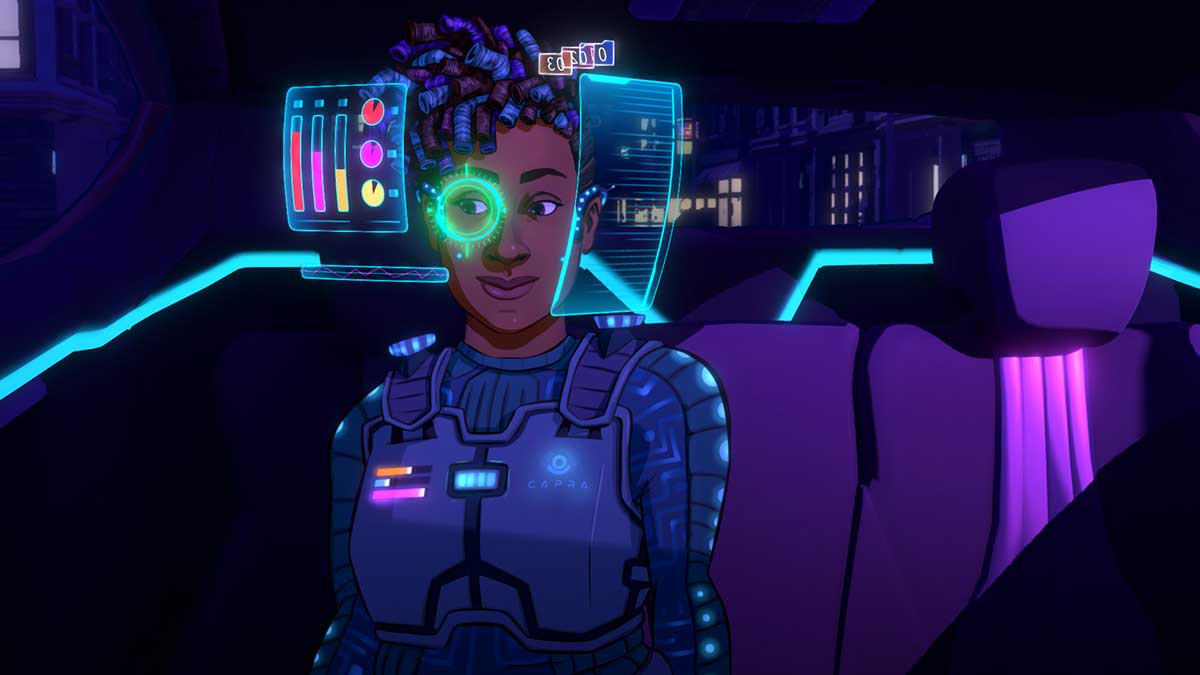 You will have to not only listen to the customers but also make decisions during the rides. It depends on the player what exactly the goal is pursued by the main character. She can set a goal to raise her rating, or not be tempted and just stay a good person. During the passage, you will often feel yourself in the role of a psychologist, on whose words the fates depend. Neo Cab smells not only like cyberpunk, but also like a good road movie, so the game is perfect for those cases when you just want to relax.

You can buy Neo Cab on Steam.

System Shock 2 —is as much a cyberpunk classic as Deus Ex, with only one caveat — it has a touch of horror in the vein of «‎Alien»‎. The game’s story brings you into the 22nd century, straight to the starship «Von Braun», Something happened on the spaceship that cost the crew many lives, and those who survived were controlled by extraterrestrial intelligence. 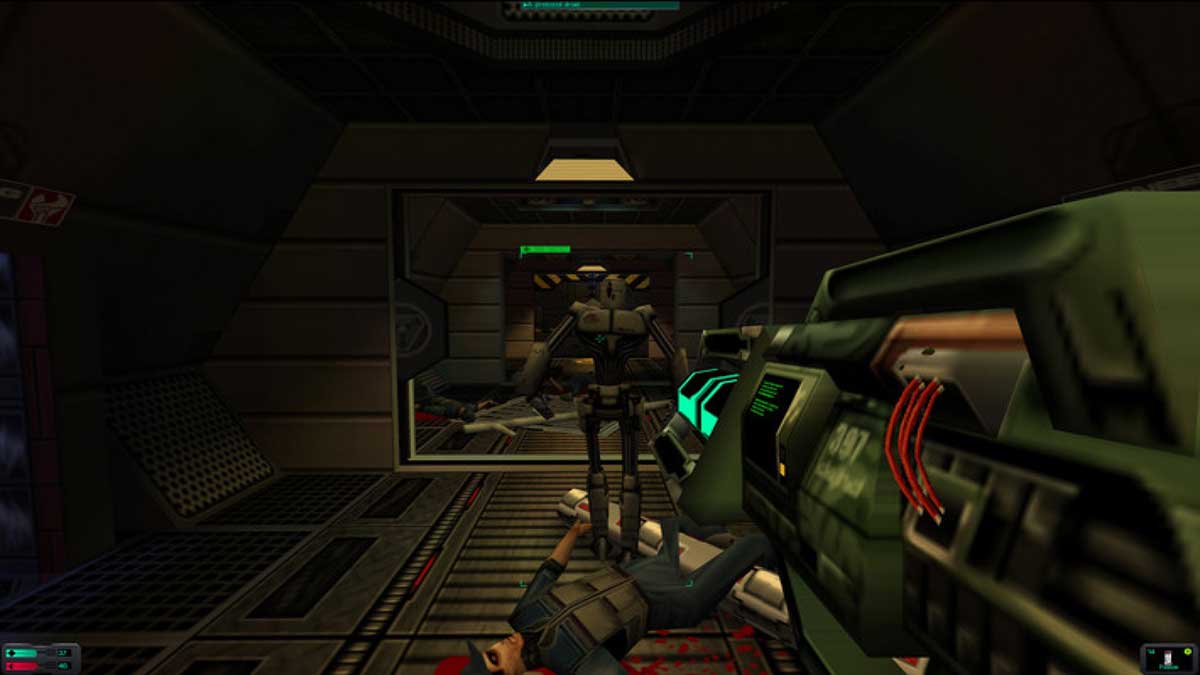 As the game unfolds, more than once it throws up a few unexpected plot twists. The player will once again encounter an artificial intelligence SHODAN, but he will also have to defeat another enemy who calls himself «Many». Of course, this top could also include the first part, but it is more old-fashioned in terms of images, and therefore may alienate people who are fundamentally important graphics. Anyway, now there is a System Shock remake in development, the demo of which is available for download on Steam.

You can buy System Shock 2 on GOG и Steam.

Another Deus Ex in this list, of course, is Human Revolution, which relaunched the series and allowed people who have not played the classic to feel the variability. The main character is Adam Jensen, head of security, who is on the verge of death as a result of an attack by unknown people with augmentations. In the end, a person who was against all these techno tools, stuffed with them as much as possible. 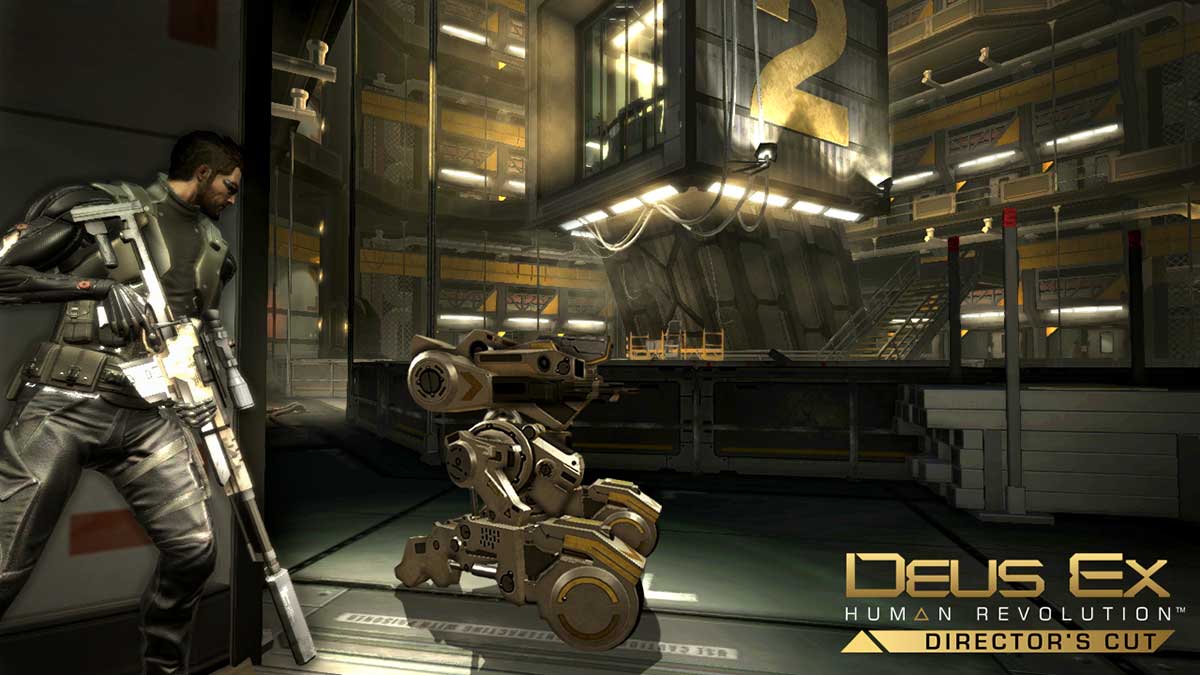 Thanks to a large number of different augmentations the game can be passed in different styles: in stealth, to kill everyone, or trying to negotiate with the dialogue. In any case, the game is a pleasant experience, and the plot after the end credits is still hard to come to terms with. As usual, the key theme is injustice in society, mass protests, and the main issue — and whether technology is useful to man, or whether it can be detrimental.

Last but not least on our list of best cyberpunk games is the oldest game we’ve done so far — Blade Runner from 1997. It is based on the 1982 Ridley Scott film of the same name. Just like the movie, the game perfectly conveys the cyberpunk spirit through well-designed backgrounds, detailed characters, and the constant rain (yes, it is an integral part of the genre). 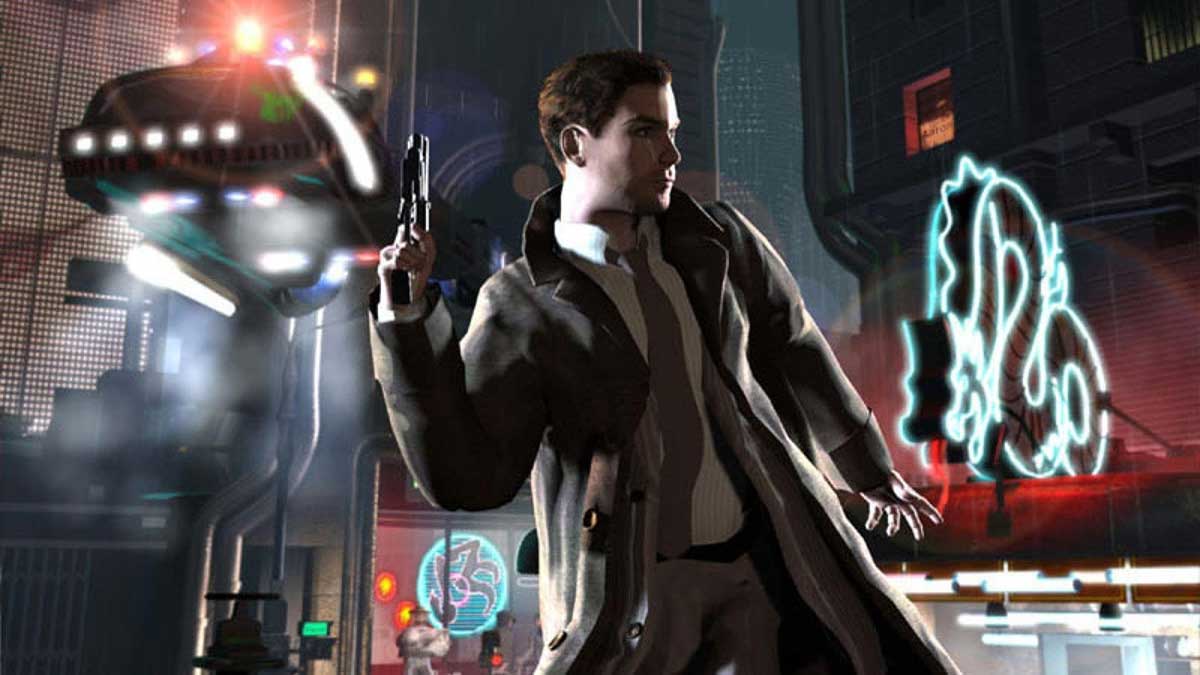 Blade Runner is an adventure with Ray McCoy as the protagonist. After escaped replicants cause mayhem in a pet store, he begins his investigation. In the end, the character gets confused and starts to question who he is. Just like the movie, Blade Runner provides excellent food for thought — what makes a man human — his body, mind, or whatever else. In general, for all fans of story-driven games for which graphics are not in the first place, this game should enjoy.

You can buy Blade Runner at GOG.