Postapocalypse – One of the favorite themes of game developers. If you like to explore the ruined wastelands and quality stories, then we will tell you about the top ten best games in the genre of post-apocalypse with an exciting plot.

The game is available on PC, PS4, and Xbox One.

The fallout series is one of the most famous in the genre. The players had already managed to walk on the wastelands of Las Vegas and Washington D.C., and in the fourth part, you will be brought to the destroyed by nuclear war Boston.

In the Fallout universe in the year 2077, there was a global world war. Major nations have launched dozens of nuclear missiles, and the entire planet has become a huge wasteland. The few survivors were able to hide in underground bunkers. You are one of the lucky ones.

Fallout 4 boasts not only a colorful picture but also a good story. There will be a conspiracy, futuristic technology, and in the best traditions of the series – family drama. The ruins of Boston aren’t that empty. Almost everywhere you can come across interesting finds and even minor quests.

Fallout 4 – is a fascinating RPG-post-apocalypse of the future, which together with the additions will drag on for 60 hours or more.

The game is available on PC, Linus, Mac, PS4, and Xbox One.

If you want another quality RPG in the setting of destroyed America, then try out one of the main innovations of the past 2020. Wasteland 3 will take you to cold Colorado. 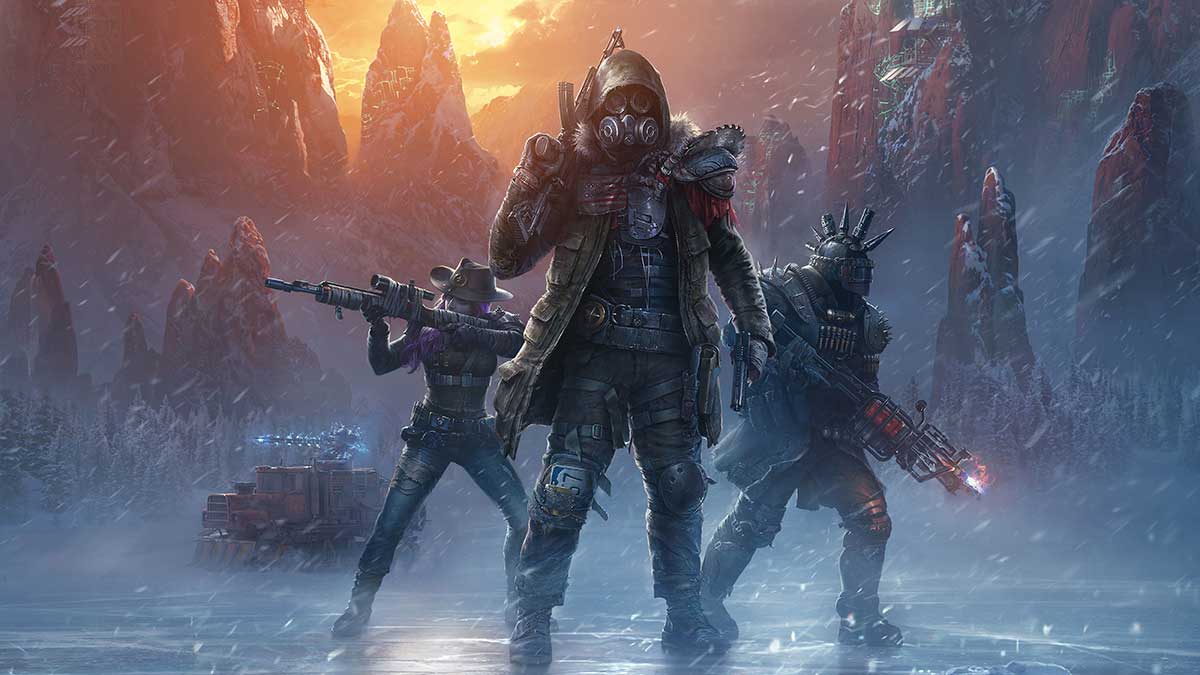 You take control of a team of rangers who are sent to help the local ruler. Except that events accelerate sharply, and only a couple of people are left of the large convoy in your team. Now you have to recruit a new team and find out what is happening in Colorado.

The gameplay is very similar to XCOM: Enemy Unknown. Turn-based battles are waiting for you, where each fighter can be given his weapons and armor. Wasteland 3 captivates you from the first minute with pleasing isometric graphics, branded humor, and freedom of choice. More than once in the game you will have to make fateful decisions, many of which have a direct impact on the ending.

The game is permeated with the spirit of the post-apocalypse and boasts a great storyline. By the way, Metacritic Wasteland 3 has 85 points, which is a very good result.

Metro series has become one of the favorite games of domestic gamers. The entourage seemed so familiar and familiar, and the story of Artem and the Moscow subway has now become a world heritage. In Exodus, the adventure has been taken to a new level, as the heroes get out of the subway and go on a journey across Russia. 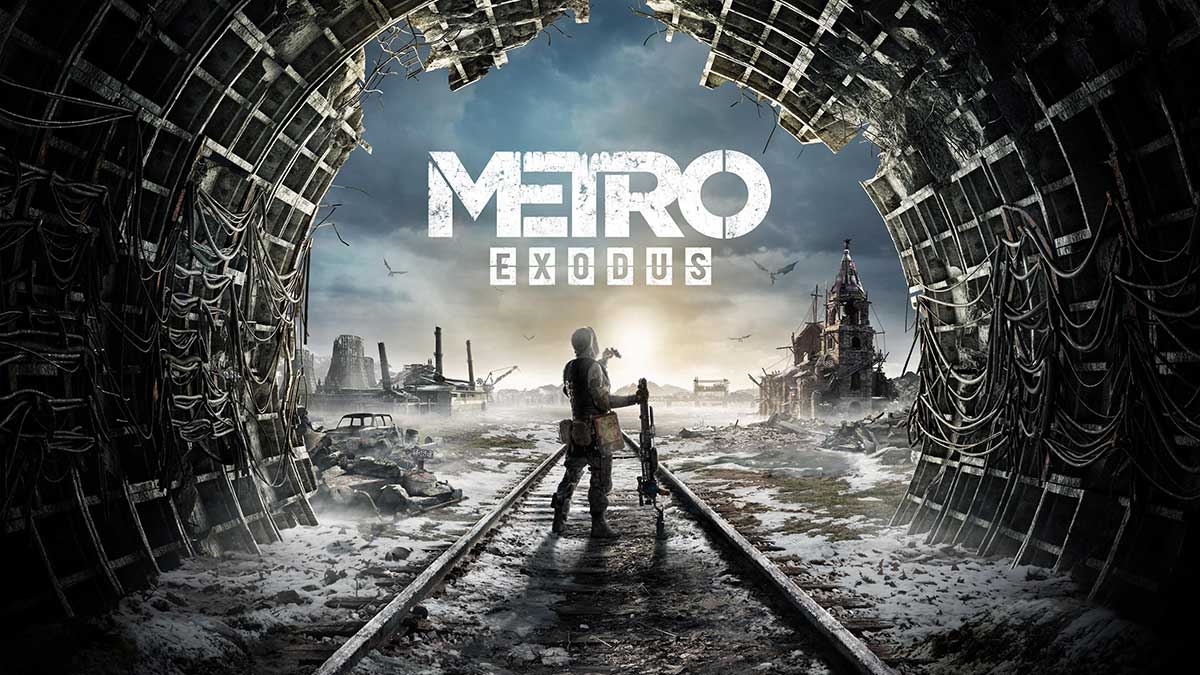 Metro Exodus combines a lot of great things. First – Amazing views of ruined Russia. The remains of high-rise buildings in Moscow, a flooded village on the Volga, the deserted shores of the Caspian Sea, and the horrifying city of Novosibirsk. Every location stirs the imagination.

Exodus also gave players a certain freedom, because the alleys of the cramped subway were replaced by open locations. Their scale is small, but it is extremely interesting to explore, and in each location, you can find several secondary quests.

Retained Metro Exodus and it’s the signature atmosphere – you will madly fall in love with each member of the expedition and spend more than an hour for interesting conversations.

Available on PC, PS4, and Xbox One.

There is a colorful post-apocalypse for weak PCs – From the creators of This War of Mine in 2018 came the magnificent urban simulation Frostpunk. However, only recently released all the additions to it, so it’s time to try out the full content. 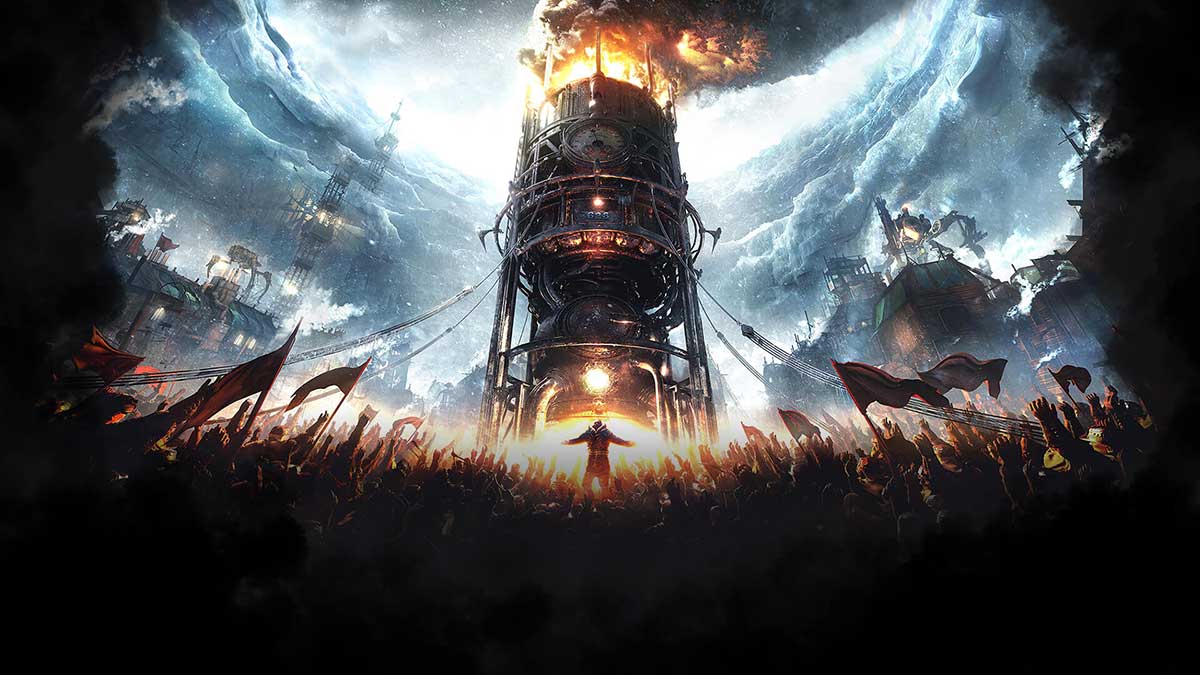 The game is permeated with the spirit of the film/series«Through the Snow». The world is enveloped in eternal winter, and the ambient temperature is rapidly dropping. The remnants of humanity founded the last city, which you will manage.

Being mayor is a hard thing to do. People are constantly running short of food, and resources are running out, but the biggest problem is the frost. Every game day there are important choices to be made and deaths are usually unavoidable. Can your city hold out and survive? – it’s time to find out!

Frostpunk – This is a great simulator with beautiful graphics and a lot of interesting mechanics. Once you get past the main story, don’t forget to play a ton of expansions that will tell you more about the world of the game and even take you into the prehistory of the apocalypse.

The game is available on PC.

While the entire gaming community is waiting for S.T.A.L.K.E.R. 2, we recommend studying the previous parts, the more so, they run perfectly on a weak PC. 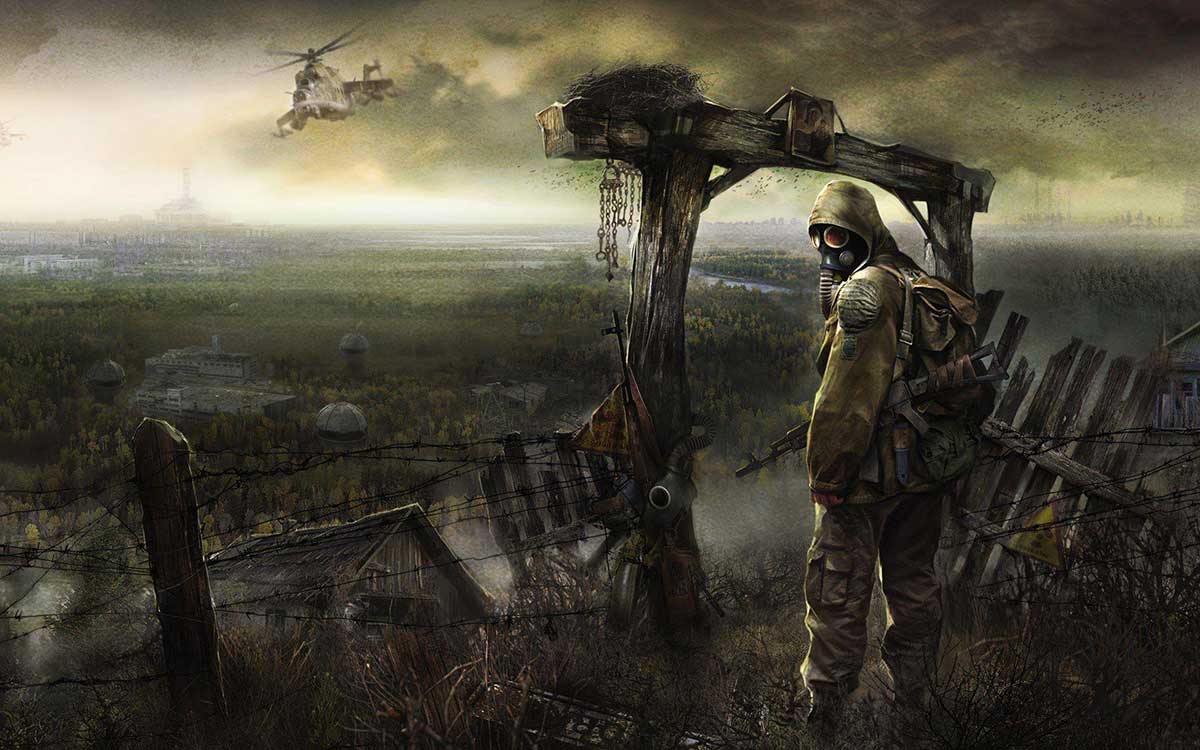 The series includes three major games — Shadow of Chernobyl, Clear Skies, and Call of the Pripyat. In each, you will go to Pripyat and its surroundings to explore the darkest corners of the Zone – TA territory that was changed beyond recognition due to the Chornobyl disaster.

S Games.T .A.L.K.E.R., Like the Metro series, appealing with its Soviet entourage – Here’s a familiar village, and on the road stands a wrecked UAZ or ZIL. Powerful story and already legendary gangster bikes – This is just one of the many perks. The game is full of quests, an impressive arsenal of weapons, dozens of mutants, and artifacts. The latter can provide a unique «superpower» to your hero.

All in all, you will spend over 120 hours on the three games and it will be an unforgettable journey into the depths of the Zone.

The game is available on PC, PS4, and Xbox One.

The game is unique because it manages to combine fantasy, science fiction, and post-apocalyptic. And it does all this very nicely.

A huge meteorite falls on the planet, society is destroyed and the world is divided. War rages between different factions for power and a mysterious mineral – Elex, which is what appeared after the fall of a celestial body. It’s a harsh world where you have to survive.

Alex’s game world is enormous. Even after 45 hours of gameplay, you will still find something interesting. And the developers have divided all the surroundings into 4 biomes, each of which can boast its beauty.

The world is populated by several factions, each with its vision of the future. Who to help and which path to choose – Here it’s all up to you. The game has both edged weapons and futuristic rifles. Destroyed cities alternate with small villages and oddly enough, it all exists harmoniously within the world of Elex.

The game is available on PC, Mac, Linux, PS4, and Xbox One.

One of the main reasons for the post-apocalypse – is a zombie invasion. In Dying Light, the dead are waiting for you in the full.

The smaller Eastern town of Haran is struck by a mysterious disease that turns living people into zombies. You are – A humanitarian mission operative, whose job is to track down a dangerous terrorist and find out more about the epidemic. 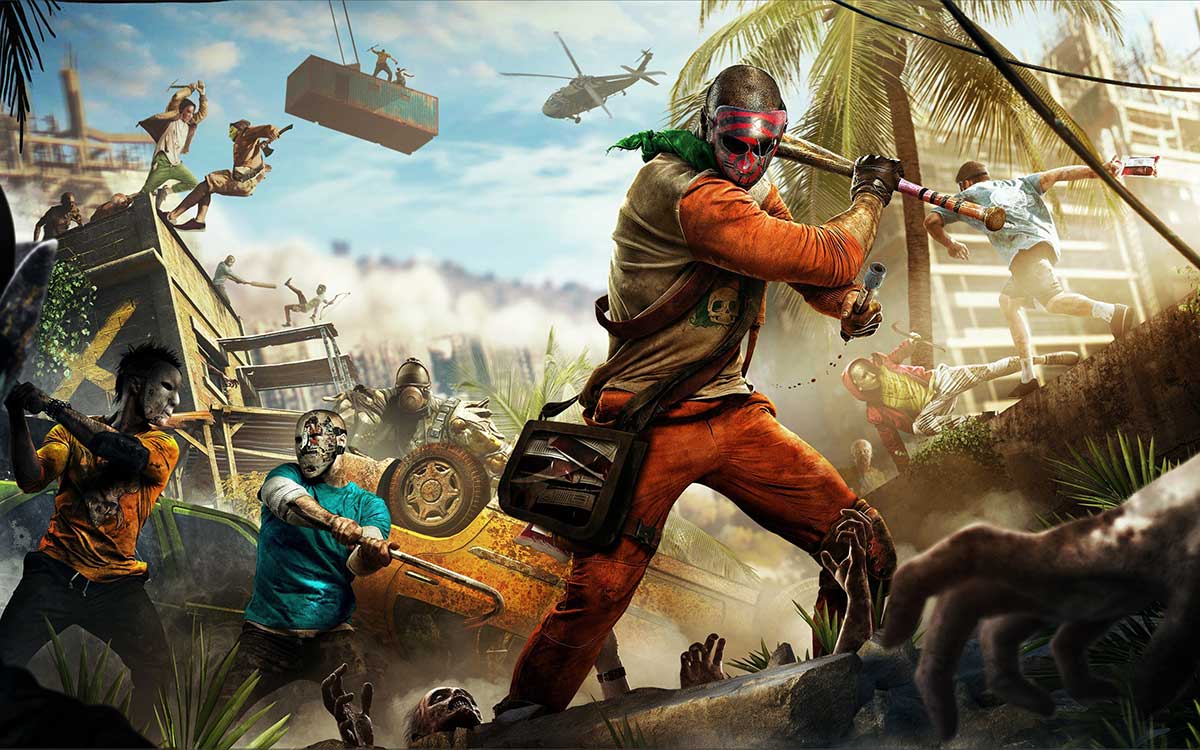 Dying Light combines the art of cold-blooded murder with elements of parkour. Firearms are rare and luxurious here, so most of the time you will have to wield knives, bats, crowbars, and more. The city itself is reminiscent of Rio de Janeiro, so you will have to actively bounce around on the rooftops of the local slums in search of the right resources.

The game has both classic slow zombies and more dangerous critters that «walk» on the streets only at night. Extremely intense and dynamic gameplay – You almost always have to run or fight back. All this is supported by an entertaining story and a variety of locations.

Dying Light – One of the best zombie games even in 2021, so everyone is looking forward to the release of the second part.

Available on PC, Mac, Linux, PS4, and Xbox One.

The recent reboot of the Mad Max movie series turned out to be crazy – Cool cars, a dynamic plot, and driving music. Many people wanted to feel like a badass driver. Turns out it’s easy to do in a game from Avalanche Studios. 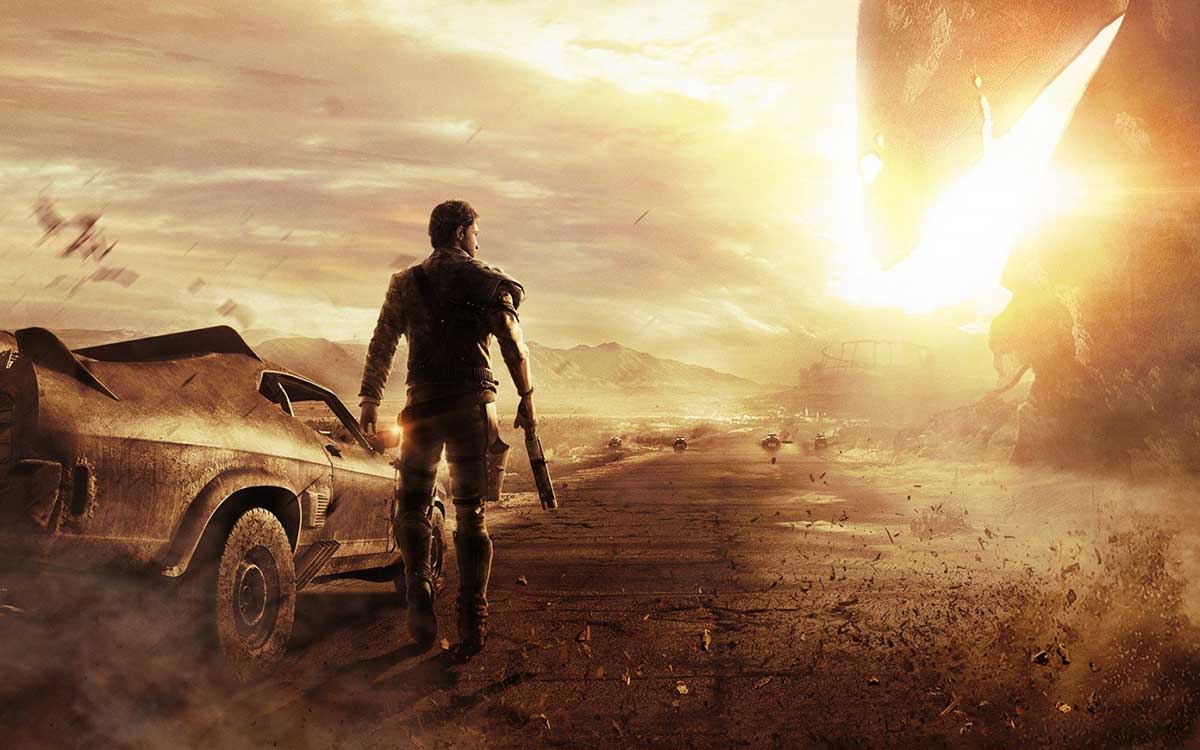 Mad Max – This is an action-adventure game with third-person perspectives in an open world. Desert landscapes are ideal for a beautiful chase. And in this game, you get it all. As the story progresses, Max and his companion build a real work of art — Magnum Opus, a powerful oil car for the wastelands.

Mad Max will be a race with the convoy, and the destruction of other cars and gasoline and water will have to search regularly. The car can be modified, with an emphasis on speed or armor. The sound of the engine will never get boring, and in the desert, there is always something to do. Unfortunately, many of the activities are reminiscent of «towers» from Far Cry, so it quickly gets boring.

Otherwise, the game perfectly captures the spirit of the film franchise and allows you to personally feel all the hardships of driving in the post-apocalyptic desert.

Available on PC and PS4.

Hideo Kojima’s most acclaimed game of 2020 was a vivid journey into post-apocalyptic America. Now, this isn’t a Sony exclusive, so don’t miss it. 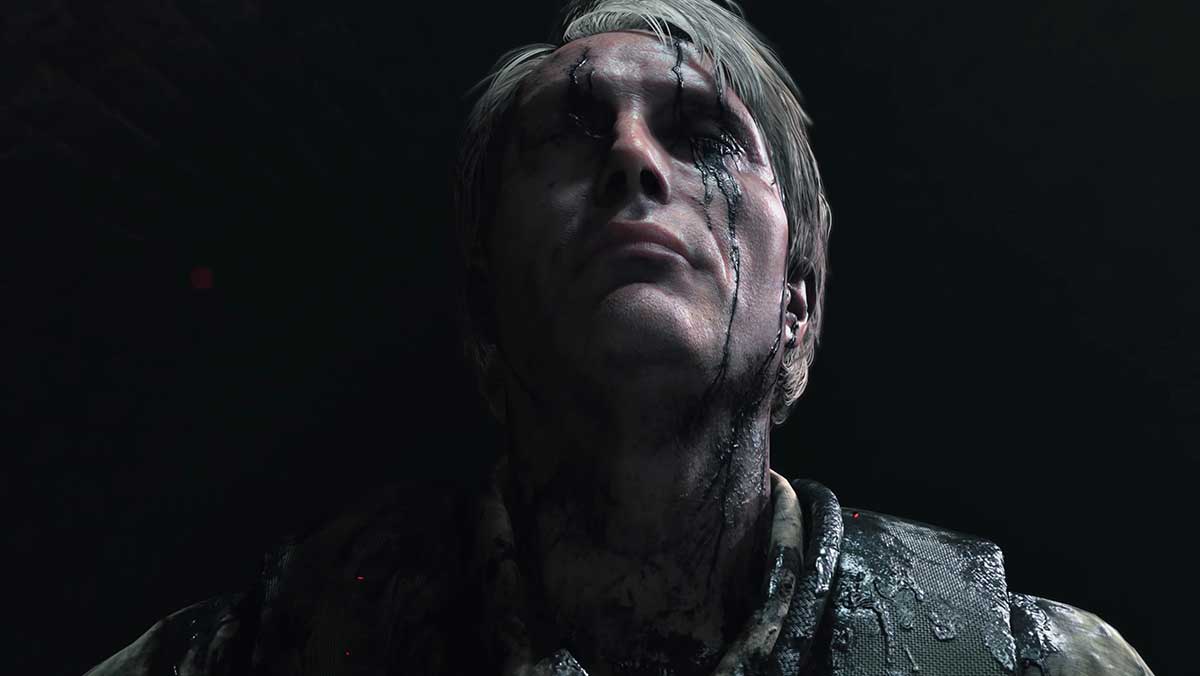 The world is ruined by a mysterious «Throwback», Invisible creatures are roaming the countryside that can’t be destroyed, and any corpse can turn an entire city into a crater. This is just a small list of what awaits you in Death Stranding.

The protagonist Sis Porter, is n ordinary courier who suddenly has the task of uniting an entire America. If you’ve always dreamed of working as a courier, then start with this game. Besides gorgeous views of tuned America, you will enjoy the awesome story and directing. Cutscenes in Death Stranding – it’s a real movie.

The game got different reviews, but everyone agrees, that Hideo Kojima’s creation is worth playing All the more reason for it to be a truly quality post-apocalyptic experience with arguably the best storyline of 2020.

The game is available on PC and PS4.

It would seem that the game of 2017, a former PS4 exclusive, what can you expect? However, we are talking about Horizon Zero Dawn – incredibly colorful and exciting post-apocalyptic. 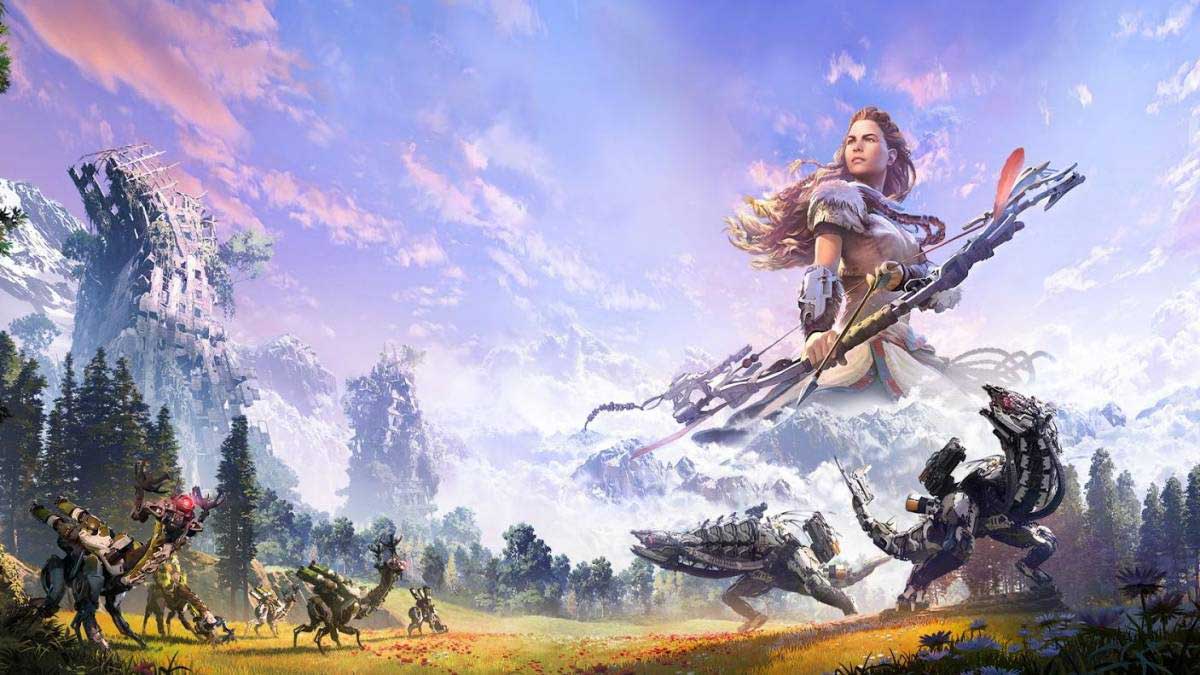 The protagonist Eloi lives in a mysterious world. Overgrown ruins of humanity’s former glory are everywhere, and the world is populated by a wide variety of robotic animals. Where did they come from, and why did they start attacking humans – These and many other questions you will have to solve in person.

Horizon Zero Dawn boasts not only stunning visuals and views of Earth hundreds of years after the apocalypse. A lot of mysteries that this world throws at us, do not let us relax and make us each time go to discoveries. Separate praise deserves the local «bestiary» — A couple of dozen not-so-friendly machines will often stand in Eloi’s way.

Horizon captivates with its mysterious and unusual world with a classic, but no less exciting story about the end of the world. The game, though relatively old, will require a powerful video card and CPU from the PC.