Many people love anime, others love computer games. For all fans of Japanese animation and lovers of passing the time with a good toy, we present a list of the top 10 games with graphics as in anime.

Ni no Kuni: Wrath of the White Witch

Many viewers in the process of watching anime empathize with their characters and would like to be with them to change their fate. This game offers that opportunity because to create it took a hand to two studios. One of them specializes in releasing video games, and the other is famous for its animated movies. The result is a quality, colorful product in the form of a standard JRPG (Japanese RPG).

In it, the hero has to explore a huge, open world, to interact with new people and creatures. Graphics in the game are so impressive that it seems as if you were in a beautiful fairy tale or a movie with a lot of bright, colorful colors, made in anime style. But Oliver has no time for fairy tales and jokes, as he has to save the colorful world from advancing evil. In the process of rescue, he will engage in battle with various enemies (monsters, dragons), against which he will have to use both combat weapons and magical.

Available on PS3. It also exists as a remaster for Switch, PS4, and PC.

Those who played the first part of the game will once again be immersed in the fantastic, magical world, but now the kingdom of Coronell. There is a real catastrophe in it: the throne has been seized by a villain, and the kingdom itself is practically destroyed. Simple at first glance, Evan, who is the heir to the throne, struggles to restore the lost. Oliver has a lot of loyal assistants, who are also good at fighting against enemies. The recovery process will take place with the help of new game mechanics. They allow you to construct the buildings necessary to create weapons and various objects for the passage of the game. 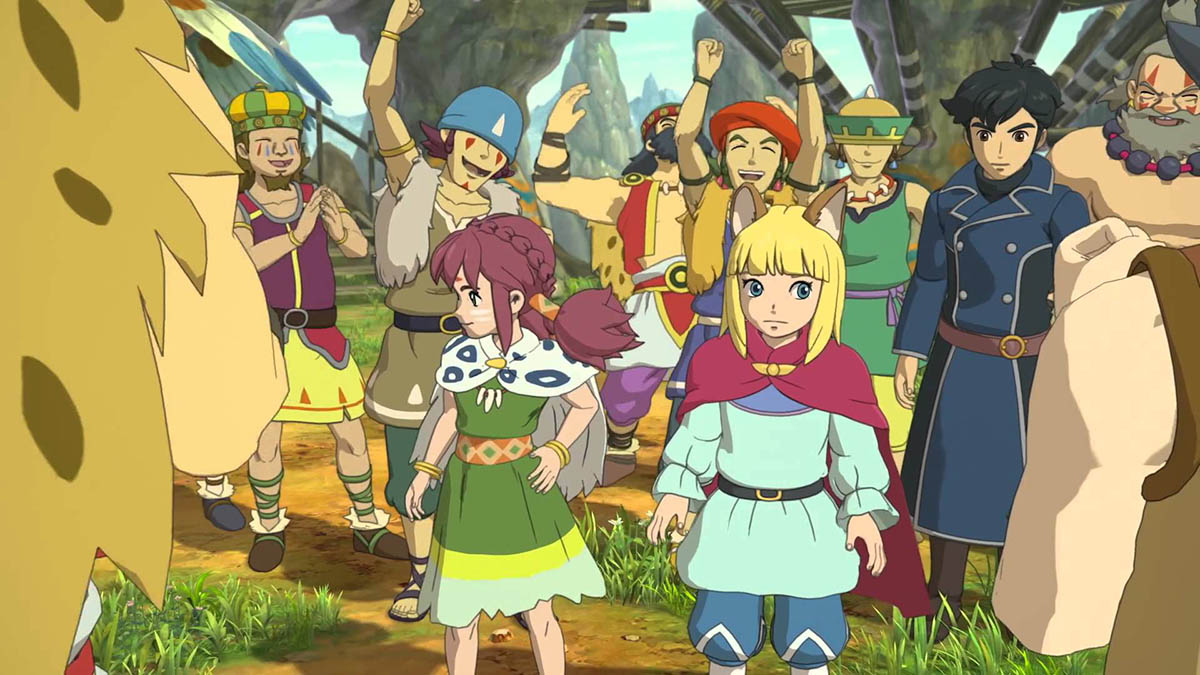 The game has the same anime style as the previous version: amazing detail, animation, and special effects. During the passage, the player must perform as the main (to penetrate enemy territory dressed as an enemy), and side quests (to deal with the leader of the gang). At the same time, the hero can wield a sword and control firearms. Good old magic as well no one canceled.

Available on PS4 and PC.

Tactical action with RPG elements spiced up with cartoony graphics in a combination of anime and manga. Add to this perfectly designed both external and internal characters, a lot of mechanics, weapons, and a good story and you get a peculiar, but quite pleasant game. The events that happen in it — This is a kind of alternate European reality. More precisely, a war broke out between the Empire and the Atlantic Federation. According to the plot a certain Claude Wallace with his fighting friends is fighting for his small but proud country – Gallia. 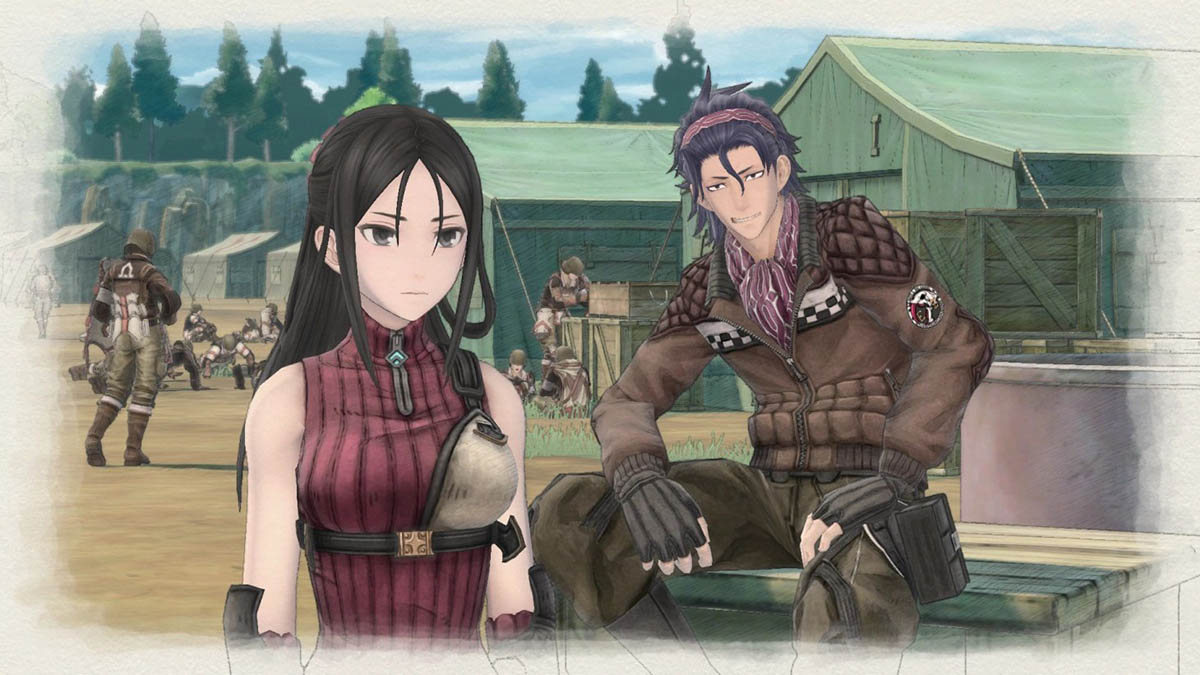 They face the ambitious task of – To break into the capital of the aggressor and stopping the carnage. At the same time, Claude uses not only the mass of available weapons, including armored vehicles but also the various skills of his companions. You fight by making several player moves that destroy your opponents. Moves must be made wisely, without wasting them. You can give orders to your squad, move them around the battlefield, and take the place of any soldier at the touch of a button. The most interesting thing about the game is that all the characters have their own stories, characters, and habits that in battle, can lead to the most unexpected consequences.

The game is a JRPG. The player faces an impressive open world in which he must live through morning, afternoon, and evening. There is also a specific time interval consisting of 365 days, and at the end of the year, the player expects to finish the game. In addition to the linear storyline, the protagonist is completely free to choose his or her actions and can communicate with others, explore locations, etc.п. 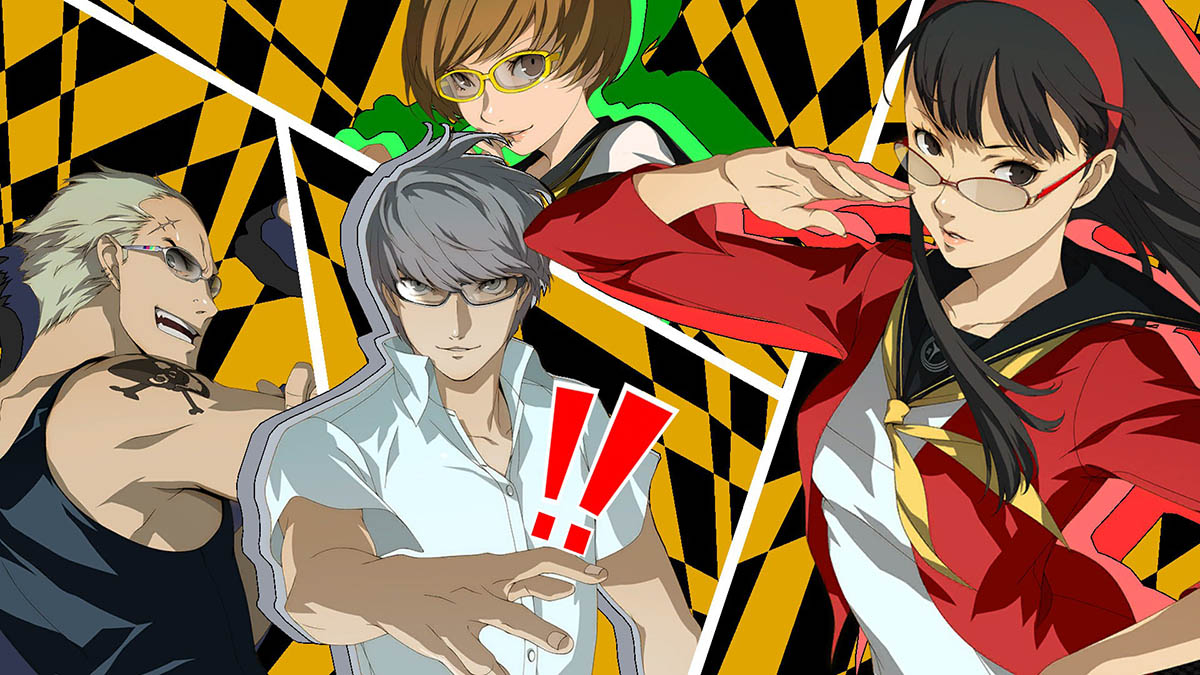 The protagonist is a schoolboy, who moved to a quiet and remote town. But quiet it seems at first glance. The hero with his new friends, suddenly discovers that he can enter a parallel world populated by monsters and other evil spirits. From this moment the main events begin, and the player is faced with the question of painstakingly pumping his character. This can be done by fighting enemies, reading books, or simply getting a job. The main character’s friends are also upgraded, but independently of him. The game has a fairly high difficulty, but if players do not want to waste their nerve cells, it can be easily reduced.

The game is available on PS2, PS Vita, and PC.

RPG action game, the action of which takes place in a fantasy world, where all the people are gradually infected by some unknown parasite. He gives people immortality but gradually turns them into monsters, taking away their memory and all human feelings. The protagonist (who suffers from amnesia at the beginning of the game) has a rare gift – He can cleanse the blood and atmosphere of parasitic poison and restore his memory. This is the gift he must use to help those around him. 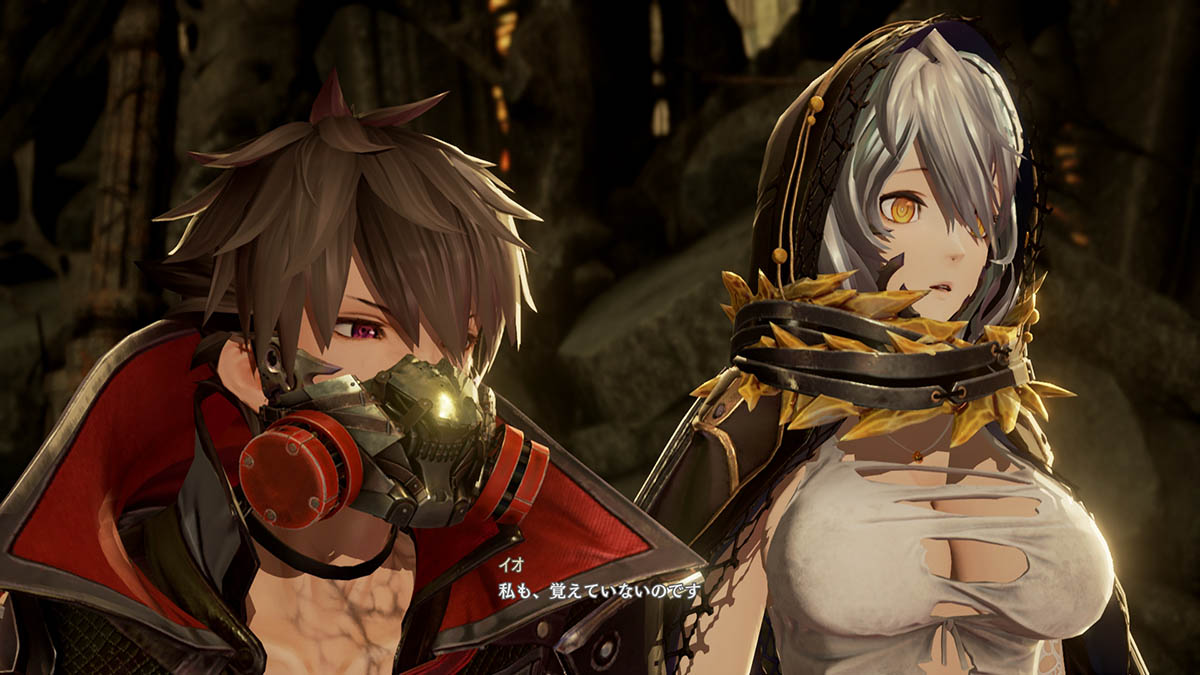 The hero has a lot of fighting to do, using a wide arsenal of weapons, from the sword and axe to the multifunctional rifle. The character is progressively upgraded. By completing tasks, and fighting, he raises his level and improves his skills accordingly. As in many role-playing games, the protagonist has his own company, which will always help in times of need. The game is worth going into if only to admire the appearance of the characters. They seem as if they came off the screens of anime, incorporating futuristic and cybergothic motifs.

Available on Xbox One, PS4, and PC.

Such a genre as fighting (fighting), is now no surprise, especially for the harsh veterans of virtual battles. And, of course, it is difficult to surprise those who are familiar with the Dragon Ball series. Starting in the 80s as a manga, it gradually evolved into anime series, feature films, and video games. Surprise is difficult, but the company Arc System Work still managed, because their latest game, is considered the most successful and almost a masterpiece in the fighting game genre. 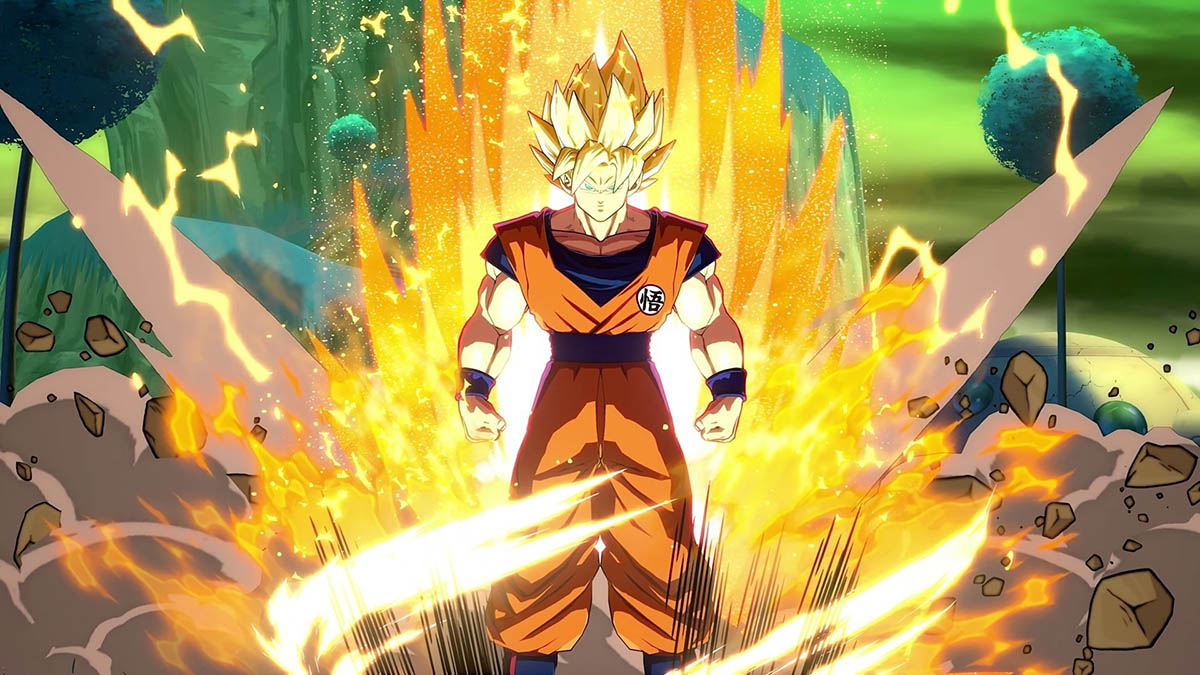 It is worth noting the high-quality graphics, detail, and animation of all the action. The game has a story, but the most interesting part is the fighting. They occur in a variety of colorful locations, and the player can easily throw an opponent away and punch his body through a skyscraper. You can fight, so to speak, at random, pressing all the buttons in a row. But it’s better to be thoroughly prepared for the fights, to learn and train, thinking through the techniques and styles of combat. Fortunately, the game mechanics allow you to do so. After mastering all the wisdom of virtual battles, you’ll get real pleasure from the game.

One of the popular JRPG games from Bandai Namco Entertainment. The game is a classic «RPG» with a Japanese flavor. The player sees a huge fantasy world Wasteland, with continents and countries inhabited by different races. At the center of the plot, is the story of the young heroine, Velvet. Burning with rage over the death of a loved one, she embarks on a desirable but very slippery path of revenge on everyone around her. In this, she is helped by a team of companions, each with their unique fighting skills. 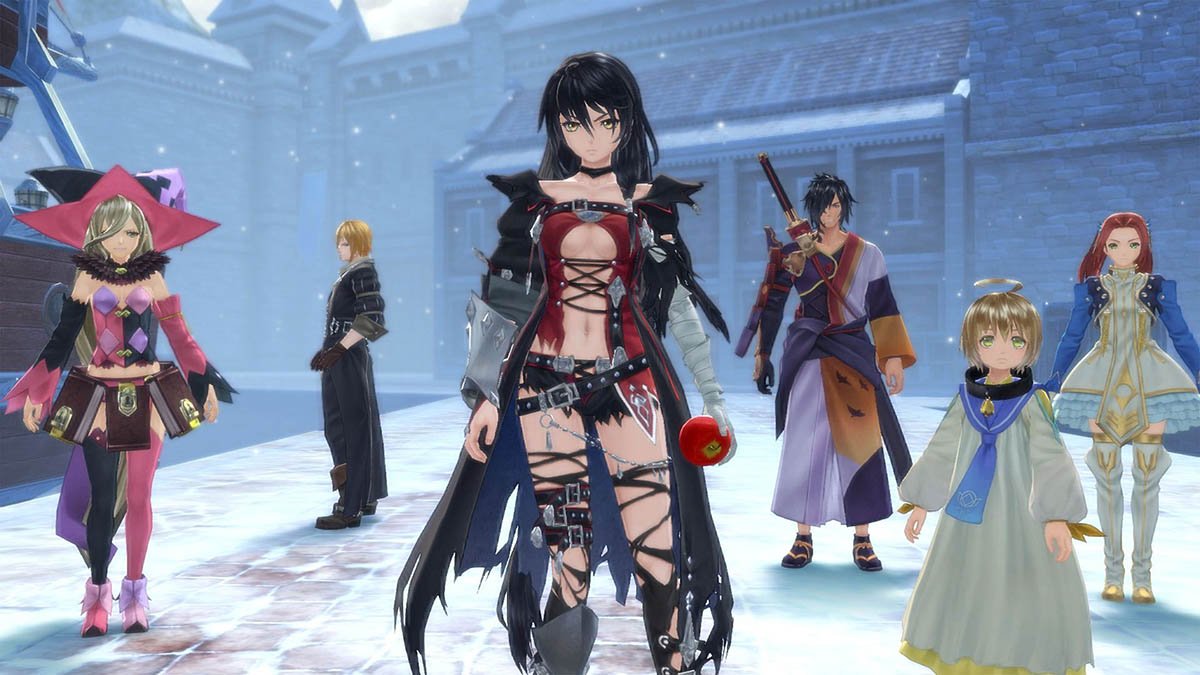 Many gamers noted that most of the locations in the game are rather boring and monotonous. What, however, can not be said about the main characters? All of them are worked out very qualitatively and in detail, and not only externally. In the course of the game, each character goes through combat and psychological development has his character, and emotions, and can express his attitude to the events taking place.

Semyon, Lena, anime, pioneer camp «Owl» – What do they all have in common? The game from the Russian company Soviet Games, created in the genre of «visual novel». This genre originated in Japan, so all the characters are made in the style of anime. 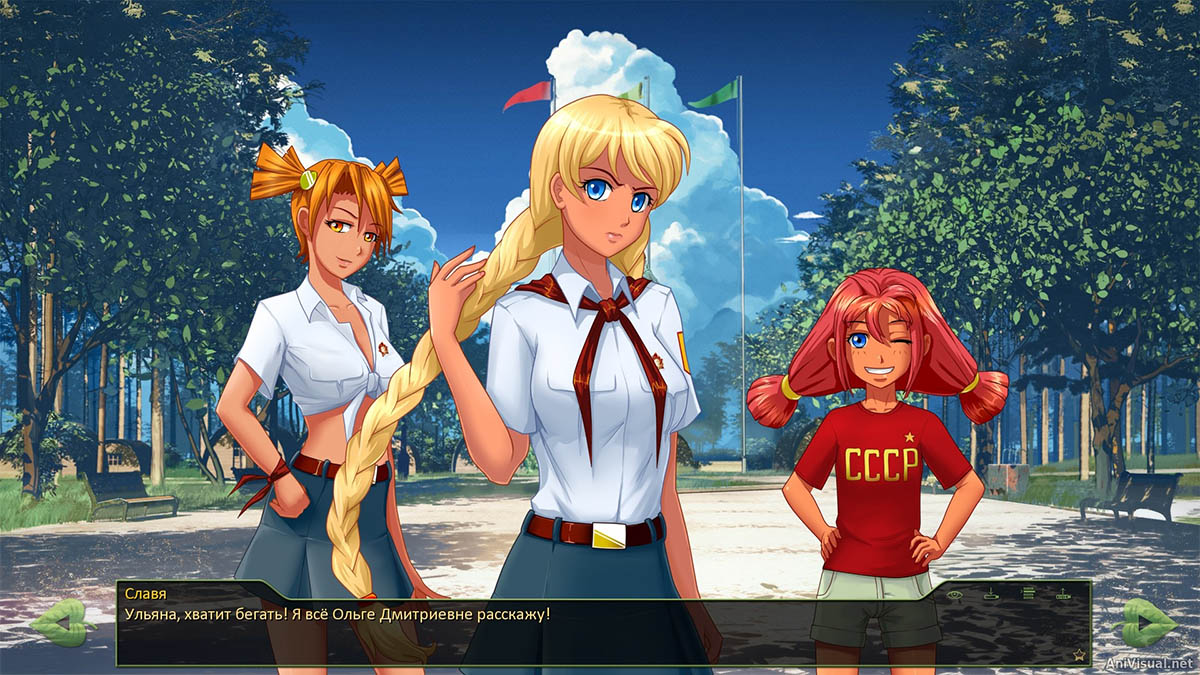 In the story, twenty-year-old protagonist Semyon suddenly shifted in time, space, and even age. Now he’s 17 years old, he’s at the aforementioned pioneer camp, and it’s the good old 80s. These metamorphoses do not like the protagonist very much, so he tries to understand what happened to him and how he can return to his reality. However, he soon gets acquainted with the residents (among whom are many cute girls) and is gradually drawn into the events taking place around him.

The game is done as a classic «visual novel», on the same principles is based and its gameplay. The player must follow the dialogues on the screen and periodically make a choice he likes. All this happens against a static background (very colorful) and only occasionally involves some animated action.

The game is available on Android, iOS, and PC.

Post-apocalyptic is such a fertile theme for movies and games that it is now rare to surprise anyone with it. However, the ruined world, covered in poisonous ash, on which the anime heroes move, will not leave anyone indifferent. According to the plot of the game after the disaster, the survivors hide in the shelter ports. Soon it becomes unsafe as well, as the survivors are hunted by origami monsters. Special warriors are created to fight these villains. 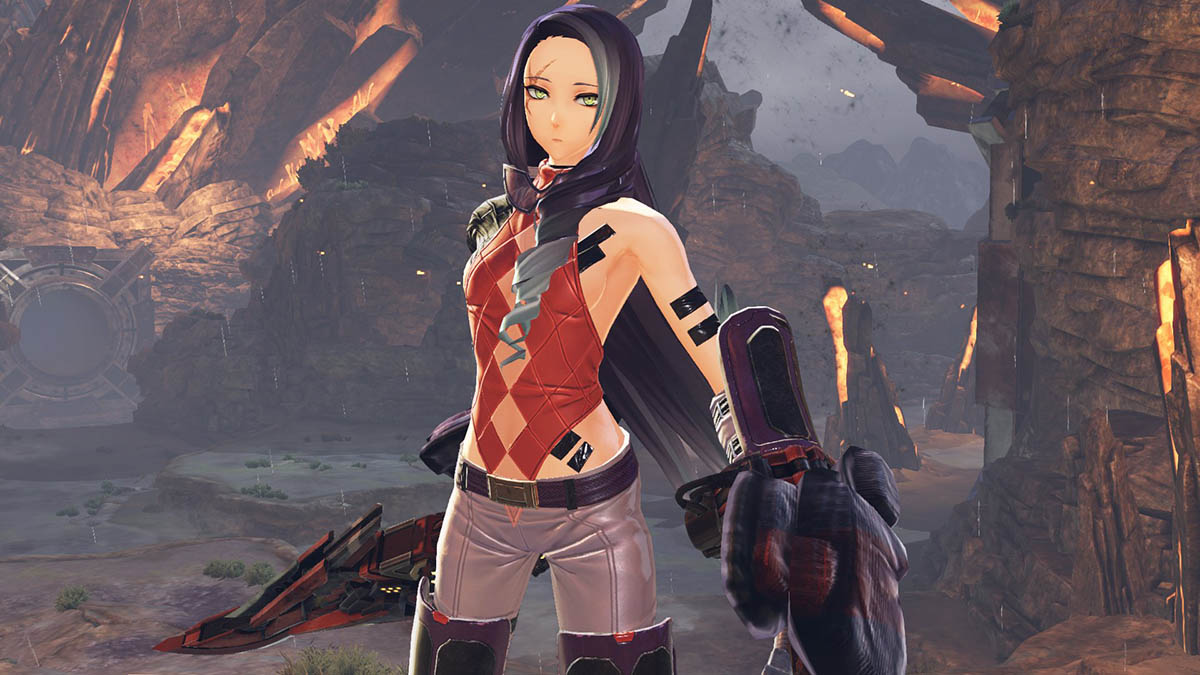 The game’s plot is not particularly impressive, but the combat system, the applied mechanics, and an impressive arsenal inspire respect. All missions have only one goal – destroying origami (there are several kinds of them). How to do it in the best and most painless way depends on the player. Monsters have strengths and weaknesses. You can damage your opponent’s head or limbs, but at the same time get hit by the «devouring», which prevents the protagonist and his comrades from regaining their powers. After losing all your lives, the battle will have to start all over again. Weapon transforms, changing its shape and purpose. For example, an axe in his hand can turn into a laser gun, etc.п.

The game is available on Switch, PS4, and PC.

CyberConnect2 has provided the next installment of the fighting game series about a young ninja named Naruto. This name does not need much introduction, since it originally appeared in the pages of the manga of the same name, which amounted to 72 tankobon, as well as in numerous anime, movies, and books. All of the game’s action takes place in a fictional medieval world, where warring states, regularly employ ninjas. In the fourth part appeared mode «The Adventures of», In which the protagonist with his brothers in arms moves through the game world, performing a variety of missions.

The new game is noticeably better in terms of graphics, and the combat system has been enriched with several new features. During the fight the player can now swap places with his allies, destroy any items in the arena and give his opponent a good scratch, both physically and physically. Winning the battle brings not only moral satisfaction, but also material: the player gets money, and after completing additional conditions, some useful things.