Waiting for the zombie apocalypse – While things are looking up, we recommend getting ready in games. Here are the top 10 best zombie projects for weak PC that will help to spend more than one evening.

The legendary Resident Evil series has become practically a cult, so many fans tend to become familiar not only with the latest but also with the very first frequent. RE2 and RE3 received remakes, but the first part can be enjoyed in Resident Evil HD Remaster. 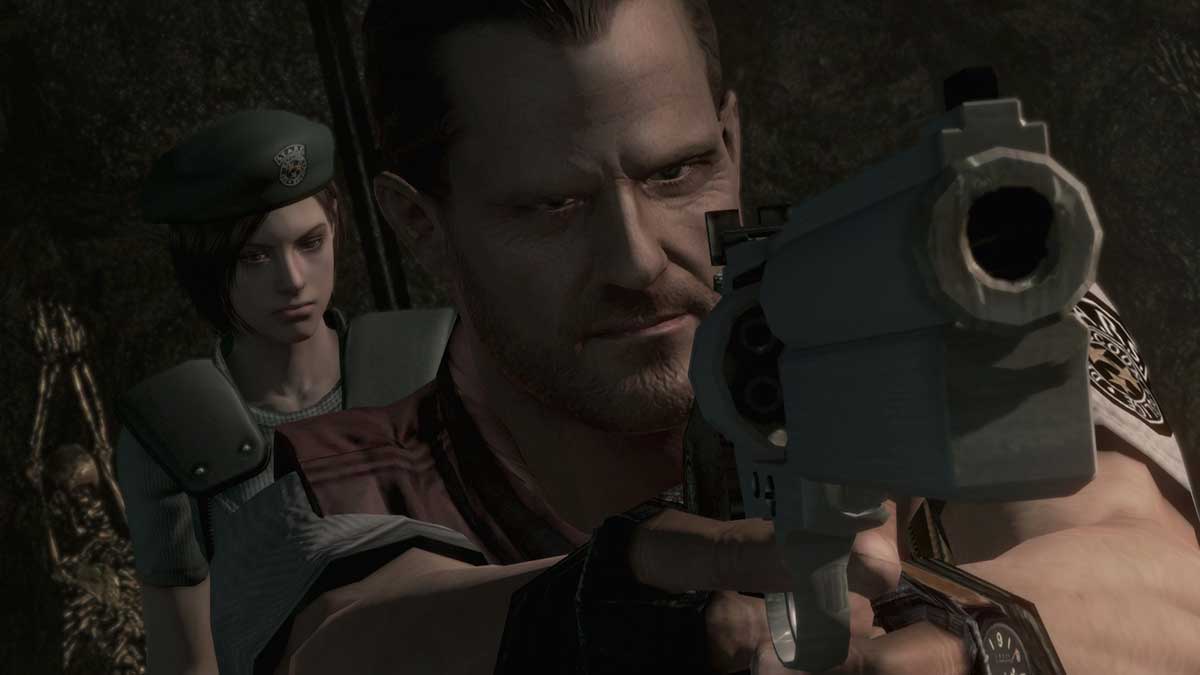 The remaster retains the core of the original — three-dimensional heroes in the background of pre-drawn levels solving puzzles and trying to survive. The developers have completely upgraded the graphics — the quality of renders and models has increased tremendously. The mansion got a more intimidating look, and Jill’s shapes got more rounded. Now the game looks great in almost every moment in 1080p resolution, while the plot is completely transferred from the first part without any revisions or additions.

Resident Evil is already considered a classic and the gameplay mechanics can seem complicated and tense. But it is still a great zombie game, and with HD Remaster it has nice-looking graphics.

If anyone knows how to make a legendary game, it’s Valve. One of the most famous is the cooperative shooter Left 4 Dead 2, which is even now finding new players. 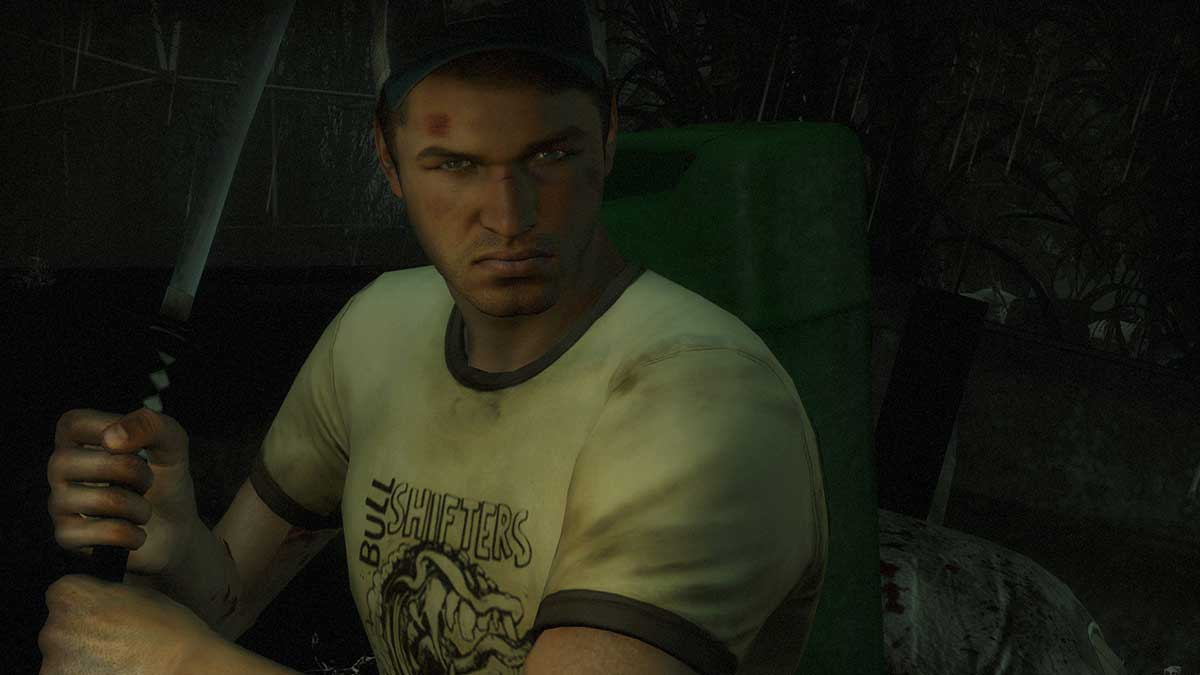 The formula for success is very simple – Four players try to get to an escape point and shoot a wide variety of zombies. It’s all spiced up with explosions, upbeat music, and of course, «beautiful» teamwork. Compared to the first part, the locations have increased, as well as a significantly larger arsenal. Not only sniper rifles, but also the familiar AK-47, SCA, R, and even a grenade launcher.

The bloodiest moments and beautiful dismemberment await players when using cold weapons. However, at the head of everything remains a team effort. Getting out alone or in pairs will not be possible, so comrades will always have to cover.

Left 4 Dead 2 – It is perfect for a few friends, even if you are not a fan of zombie games.

Can a zombie game have a great story – creation from Telltale Games shows that definitely «Yes»? This game is based on Robert Kirkmancomics’s «The Walking Dead». However, the game has almost nothing in common with the series, except the universe. 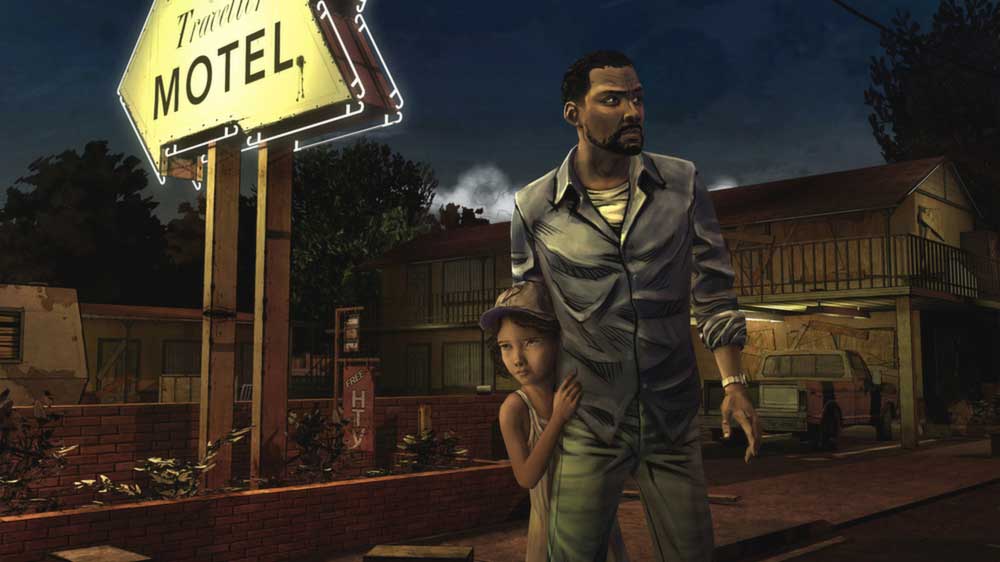 At first sight,t there is a linear plot, cartoonish facial expressions, and simple puzzles. Don’t expect any action with hordes of zombies, either. But like the series, The Walking Dead: The Game isn’t about the apocalypse itself, but about the human experience. And don’t let the graphics bother you, because it doesn’t spoil the impression.

Clementine’s story is one of the most memorable, and the drama will keep you pumped for five episodes. A nice bonus will be the subsequent non-linearity and numerous choices, although they have little effect on the events of the game.

If you want to see a zombie apocalypse from the perspective of ordinary people rather than brave fighters, The Walking Dead: The Game is a must-play.

Zombie Apocalypse in a Tropical Resort – why not. Even on a sunny day, the dead can strike fear, as Dead Island demonstrates. 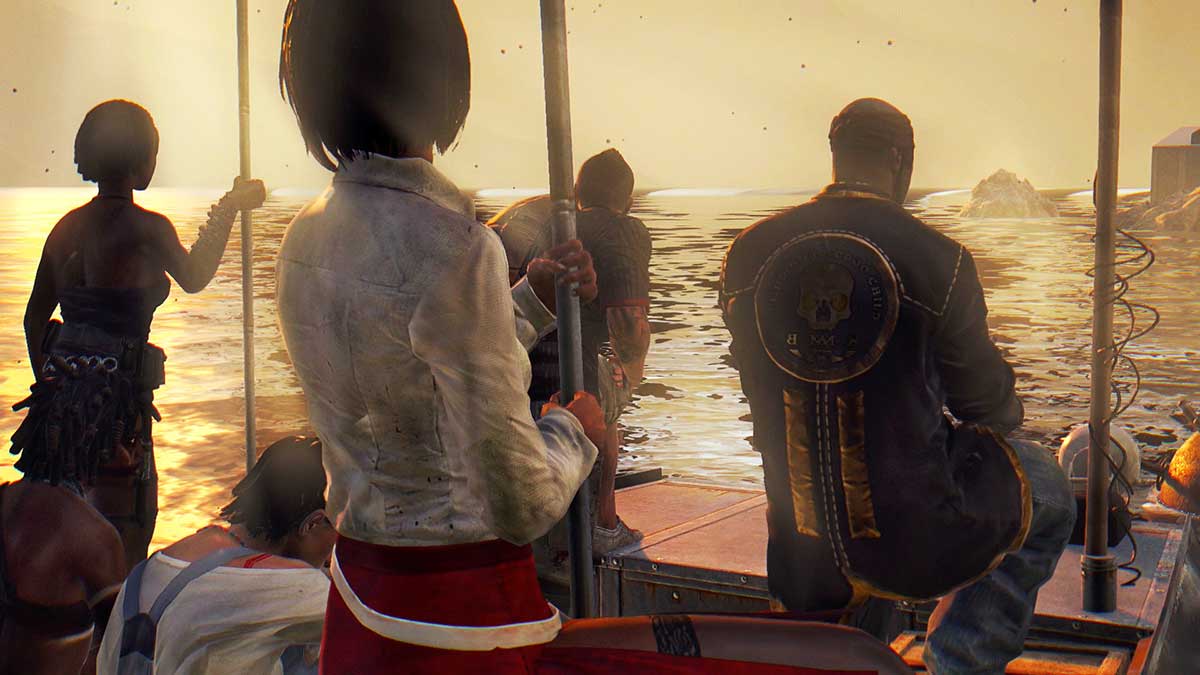 If the Resident Evil series focused on firearms, then in Dead Island you will have to use all kinds of improvised means: batons, axes, sledgehammers, and more. Not enough of that, then don’t forget that every single-edged weapon can be modified. As a result, you can’t shoot off zombies safely from a distance, you have to get close and take your chances.

The plot is fairly typical for games of this genre. The main character is immune, and the only chance to escape – get to the helicopter. Locations are beautiful and quite diverse, but almost all of the tasks are the same and boil down to «is to go fetch ». But even despite this, all the fun is in the gameplay, when you can crush the skull of dead people juicy.

Dead Island has minor flaws but instead offers a great attraction with the killing of zombies with sharp weapons.

If there is a share of madness in the extermination of zombies, it is best exemplified in this game. The sequel is controversial with interesting and not-so-interesting moments. 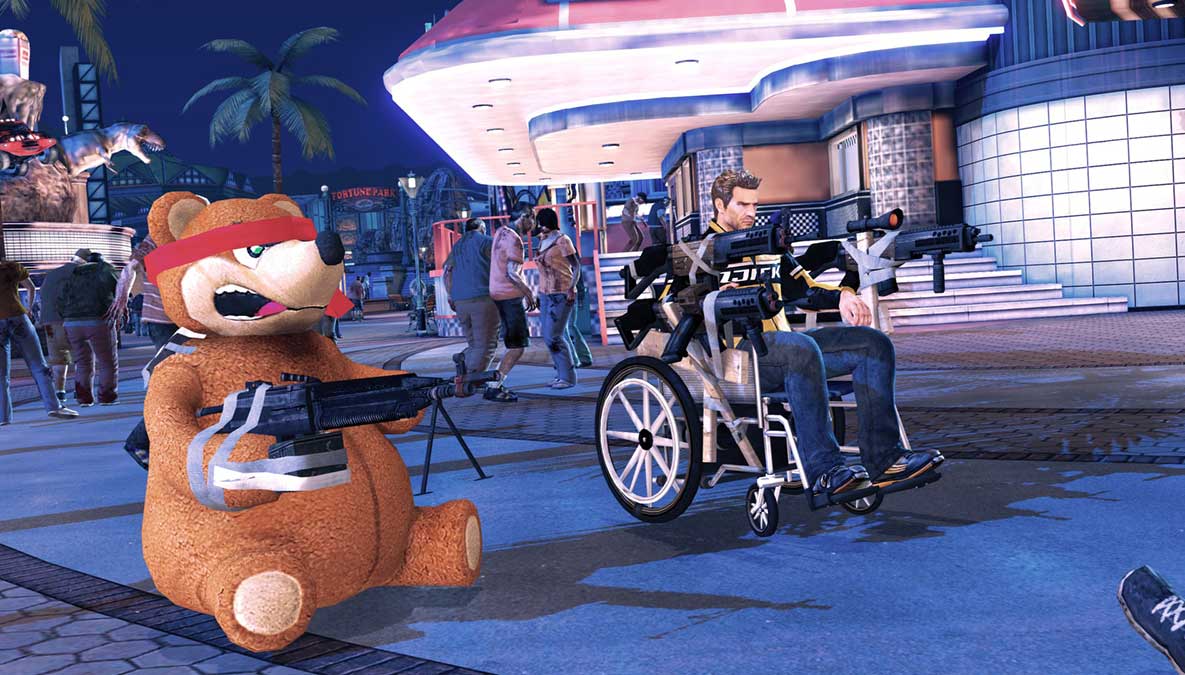 Motorcycle racer Chuck Green finds himself amid a new zombie infestation and is trying not only to survive but to save his daughter. However, Chuck’s Story is not the main highlight of the game. Dead Rising 2 retains the main feature of the original – You can take almost any item from your surroundings to destroy enemies. Benches, road cones, sledgehammers, diamonds, and our hero is treated with nothing but vodka!

As you progress through the game, you can create the most twisted instruments of torture. Against this background, even a slightly absurd plot is not so annoying. If you are familiar with the first part, Dead Rising 2 will not be a discovery, because the game uses a similar formula, only in a new wrapper.

Dead Rising 2 – This is a frivolous zombie apocalypse where you have to entertain yourself in the most unexpected ways. And if you get into the taste, the game will drag on for a long time.

Of course, it’s impossible not to mention another game in the RE series. This time it is almost a reference zombie shooter, which has long been put as an example for all the recent parts. 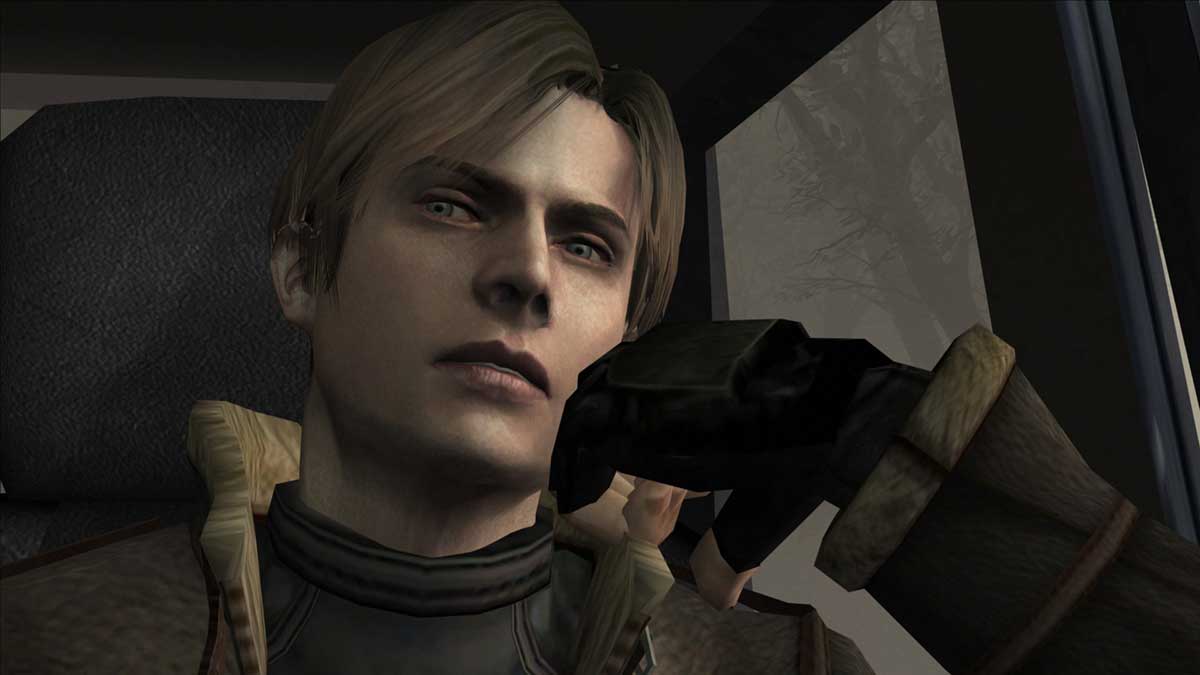 What’s so good about Resident Evil 4? For starters – this is an entirely new story arc that barely touches the three previous installments, though the characters here are all familiar – Leon Kennedy and Ada Wong. The fourth installment now offers dizzying action, as well as signature QTEs that are intelligently built into the tense moments.

Not without some interesting puzzles, for which the previous parts were so famous. Most of the zombies are slow and clumsy, but often take in numbers. Added the need to protect the girl Ashley, who in the story is to be taken out of the wilderness with zombies. Part 4 could be called the golden mean between the first games and what the series has offered in recent years.

The graphics of the original leaves much to be desired, but for the PC came out the Ultimate HD Edition with tightened textures. The long-awaited RE4 Remake may be released very soon.

Developers from Tequila Works studio show in practice that zombie games with good graphics and a sharp plot can be made even with a small budget. Deadlight – this 2. A 5D platformer reminds many people of This War of Mine with its dark colors and animation of heroes.

even though the game only allows you to move left and right, the gameplay is quite fascinating and does not let you get bored. You will mostly need to run away from the zombies, but if necessary, the protagonist can use cold and firearms. We will have to run and jump quite a lot, so Deadlight can be conditionally referred to the parkour games.

Special mention should be made of well-designed backgrounds – you can stare at post-apocalyptic landscapes forever. Deadlight – it is a small, but memorable adventure with good direction and an excellent atmosphere.

What happens when you mix in a zombie theme and World War II? It’s just like the Zombie Army series. The third part is essentially an improved version of the previous two, so you can safely start with Trilogy. 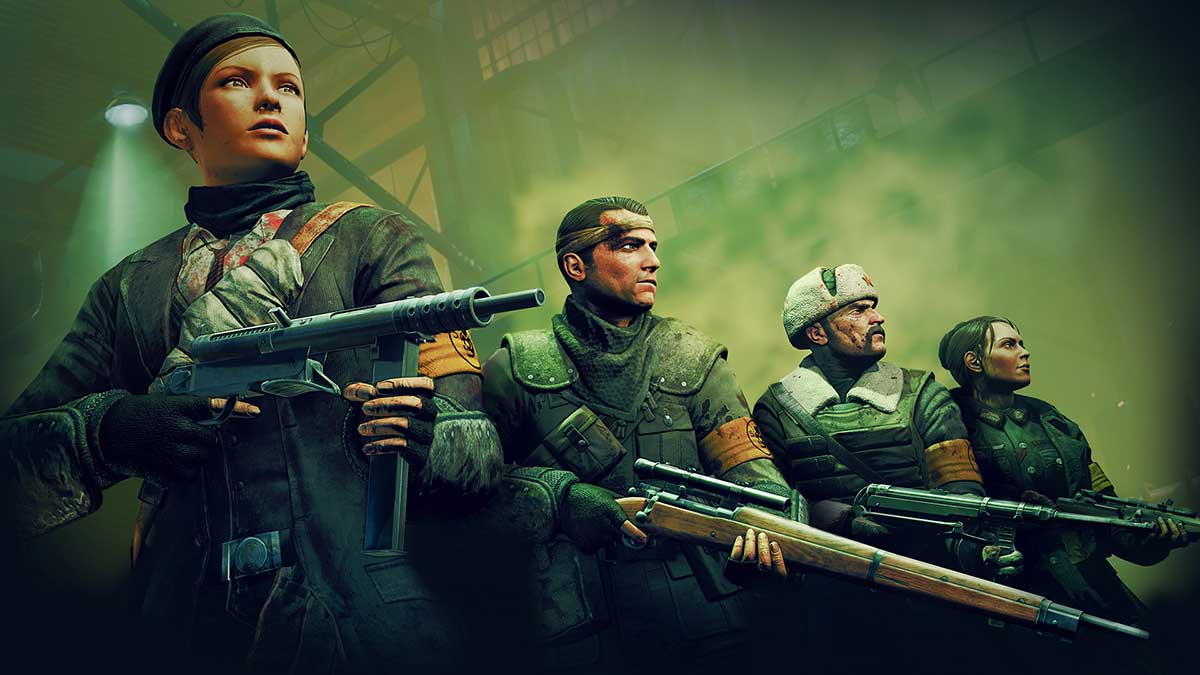 The game offers you to shoot off hordes of zombies alone or in a four-person co-op. The latter is preferable because the campaign itself has no variety of quests, but it will be much more interesting and fun to pass it on with friends.

The game features Sniper Elite’s signature X-Ray system, which lets you see the rotting entrails of the dead. It looks really exciting, especially during the exact hits on the enemy. Zombie Army Trilogy has not only classic zombies but also some special ones, e.g. with armor or even a chainsaw. The only unpleasant drawback of this particular part is a complete lack of stealth, which was in the predecessors.

Zombie Army Trilogy can’t be called a full-fledged shooter. This is more of a cooperative game for a few evenings with friends who don’t mind saving the world from zombie Nazis.

The CoD series is trying to attract new audiences in the most sophisticated ways. One of them is –Zombie mode, which has become almost an integral part of most recent parts. 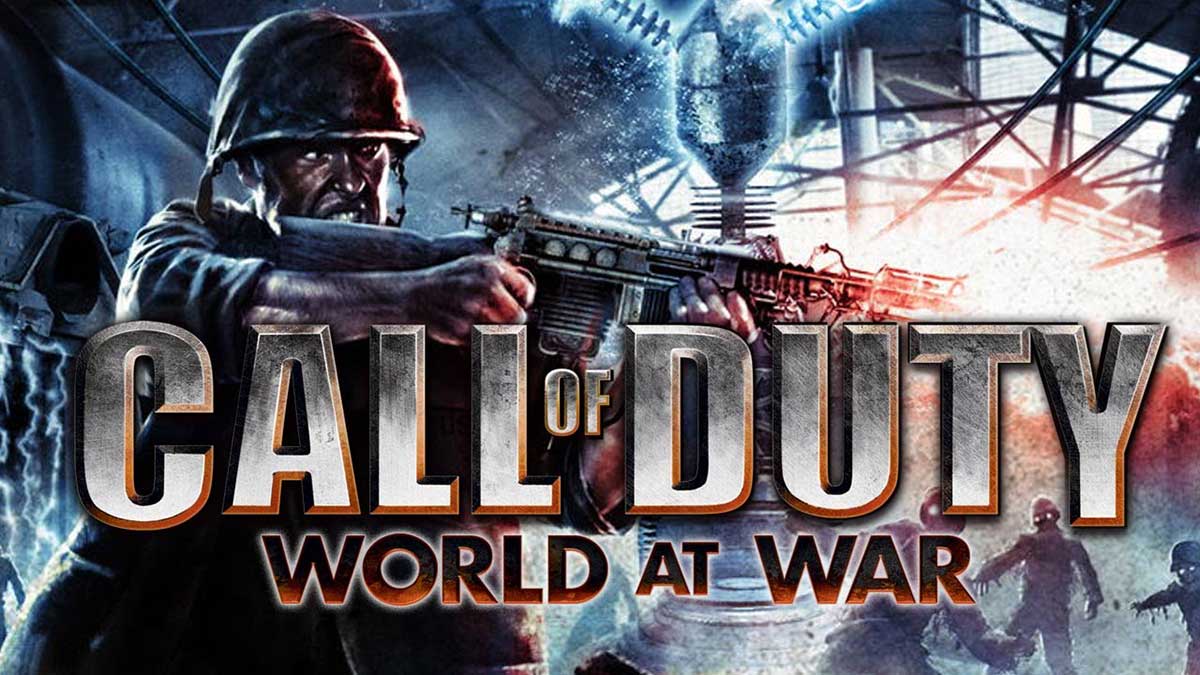 And it all started with World at War, where the developers from Treyarch decided to make a bonus level. But suddenly the mode became very popular. Alone or in a team, players must survive on a small map and confront waves of zombies. A simple but effective formula has caught on with gamers, especially if you’re tired of multiplayer.

Most of the maps also have perks, electric barriers, jumping mines, and various traps. You do not just shoot the dead wildly, but plan your defense of the building. You can get acquainted with the signature zombie mode in World at War, and if you like it, you can find the same mode in all three parts of Black Ops, and with story interludes as well.

Survival simulators have long been one of the favorite genres among developers, but it is in the world of the zombie apocalypse there are not many. If the long-suffering DayZ is too demanding on your computer, then you should try 7 Days to Die. 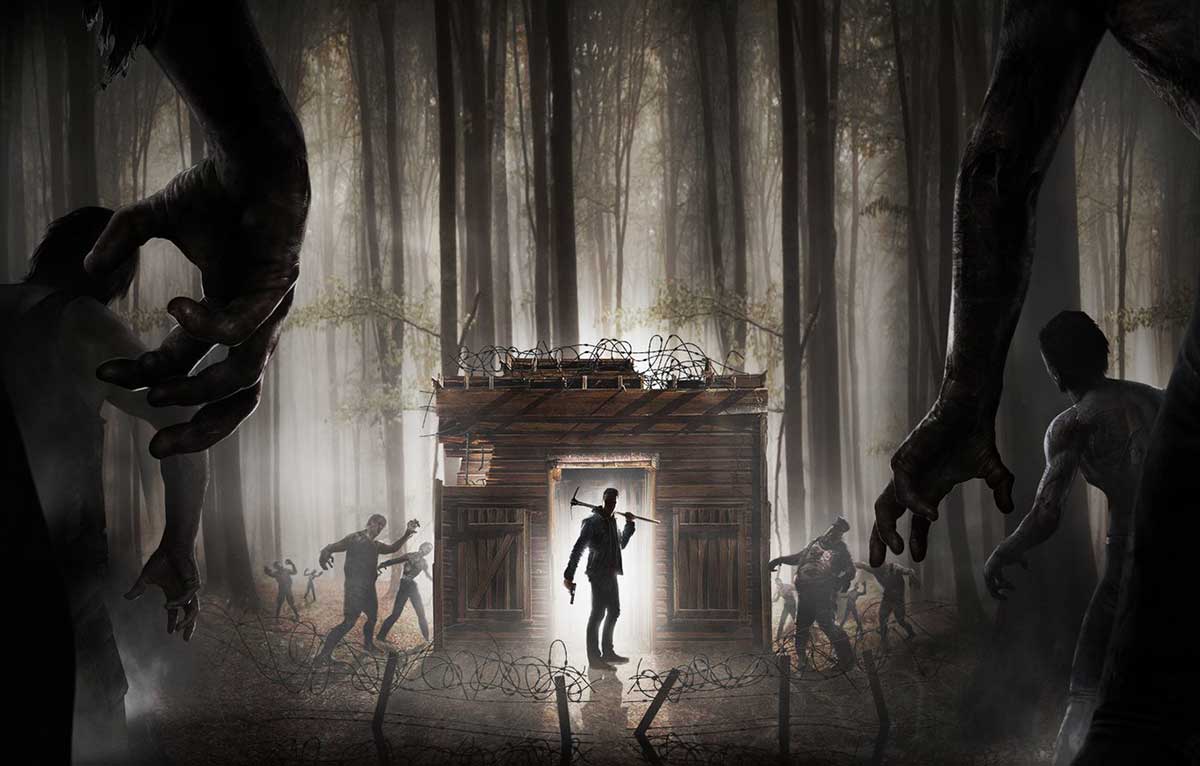 The storyline is unassuming – In the not-too-distant future, in the course of war and cataclysms, the whole world has been turned into ruins, with crowds of zombies walking around. 7 Days to Die incorporates aspects from a wide variety of games. It has advanced crafting, different types of zombies, all sorts of loot, and sometimes very dynamic gameplay. You can make or find not only edged weapons, but also firearms.

There will be buildings, so in the course of your survival, you can build your fortress, but it is not an easy task. The game features online co-op, and console owners can play together even on the same screen. Since the game is undemanding to the hardware, the graphics here are quite modest.

7 Days to Die is still under development, so the gameplay mechanics will be improved, and the developers will quickly fix minor bugs.