Medievalism – One of the most beloved themes not only in movies but also in the gaming industry. There are a ton of interesting projects coming out in 2019-2021. Looking for a medieval strategy or a classic RPG – We will tell you about the most interesting games about the Middle Ages.

The first part of the Mount & Blade drew a crowd of hundreds of thousands of fans, so the sequel was on the list of most anticipated games. Bannerlord is catchy, but not without its flaws. 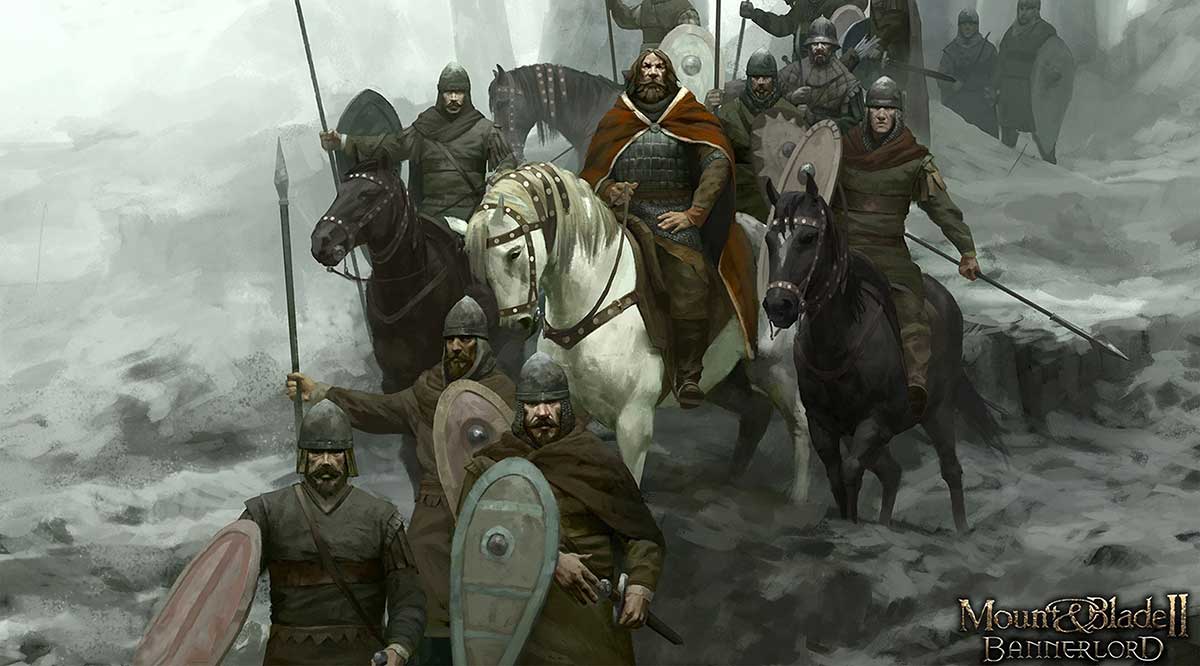 In terms of genre, this is an RPG, but with strategy elements. A great choice for those who love both genres. In Mount & Blade 2 pure medievalism – No magic or other otherworldly forces. In the beginning, the player creates his character – The settings are really impressive, right down to choosing your hero’s past. After that, there will be a short tutorial on the basics.

And then comes the fun part – Players are given complete freedom of action on a huge map. Who to loot, what to defend, where to take soldiers, all you have to decide for yourself. Battles have to show real skill because it connects the genre of strategy. Managing your army is always interesting, but also incredibly difficult.

When we talk about multiplayer projects, most often shooters come to mind, in extreme cases, strategies. But there are exceptions when gamers are allowed to try on the role of a knight. One of these – is an interesting project called Mordhau. 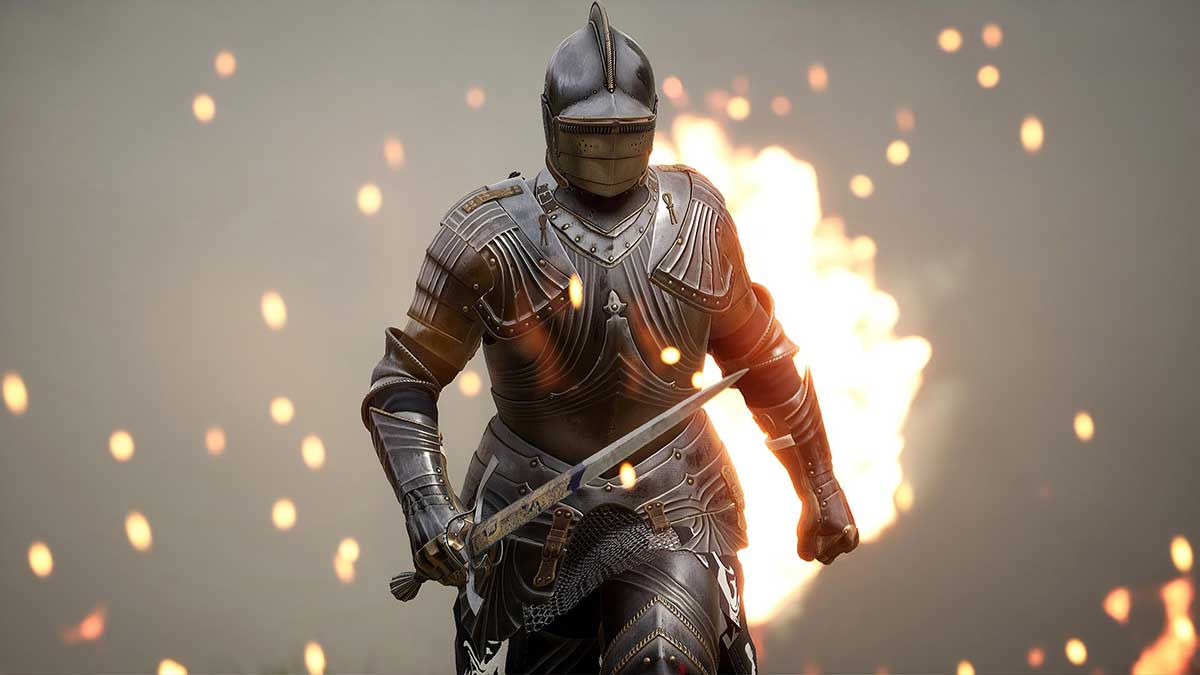 The game offers hardcore first-person battles in a medieval setting. Modes are quite a lot: duels, «Every man for himself», team battles, and co-op versus AI. We have not even forgotten about the battle royal. However, as in life, handling a sword and other edged weapons is very difficult.

Swordsmanship in Mordhau has a lot of technical nuances, so skipping training is not recommended. Six directions for stabbing, two stabbing attacks, and blocking – on the one hand, everything is simple enough. However, once you get into actual combat, it all quickly flies out of your head.

Mordhau – is a colorful multiplayer battle with swords, spades, and crossbows, and thanks to the excellent graphics it all looks just great.

The survival genre has been no less popular in recent years, considering Rust and its analogs. That’s just in the setting of the Middle Ages is unlikely to remember these games. The most striking representative is Medieval Dynasty – an interesting open-world game about the Middle Ages. 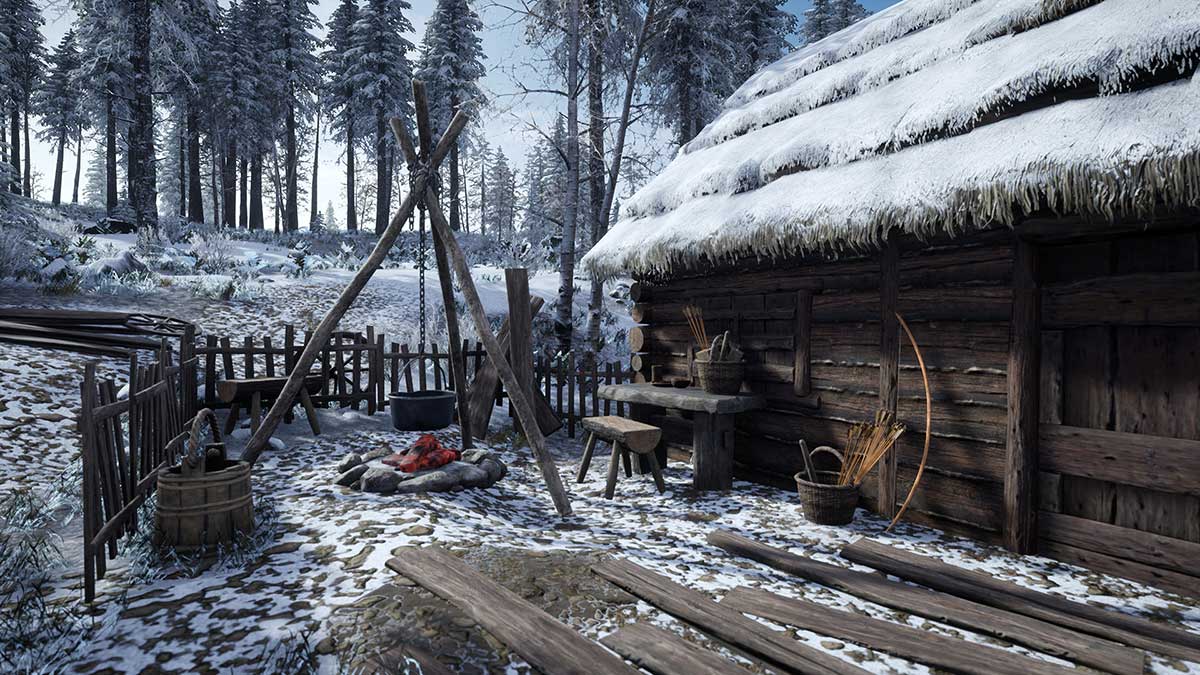 You get thrown out in the open with empty pockets. How to survive and where to look for lodging will have to figure out for yourself. The character must seek food and water, to monitor the level of life. The mechanics are quite familiar – gather resources, create tools, and build buildings. You can die not only from a lack of food but also from a wild boar.

Although it is a survival game, there are many different quests. Separately, the developers should praise the RPG component – with many residents who can talk, and the selected lines will directly depend on their location and the further development of the game.

Medieval Dynasty visually and gameplay is very similar to Kingdom Come: Deliverance, but gives a completely new experience. And this is only the Alpha version, so there will be more content with time.

If we talk about the game, it is difficult to name its genre. This is not your typical Civilization-type strategy or even Total War. Crusader Kings 3 – is a unique symbiosis of simulation, Sims, and a lot of interesting solutions. 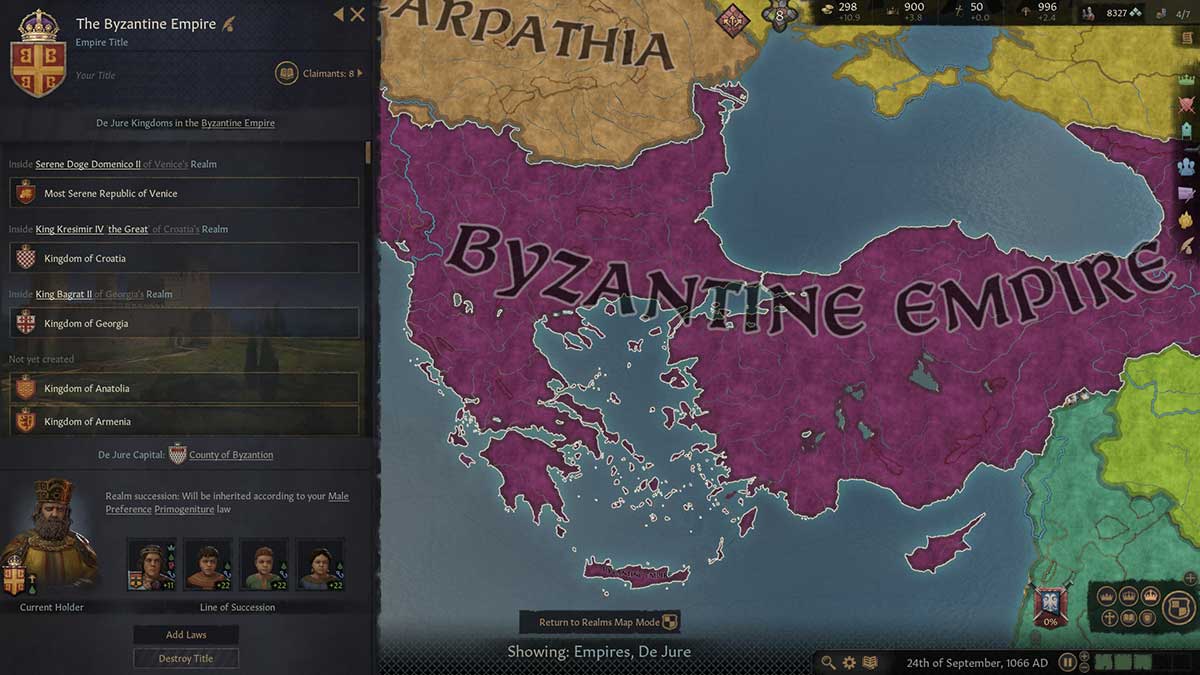 Gameplay-wise the game has remained largely unchanged from the previous installment, and that’s a huge plus. You will take on the role of the head of the dynasty and gradually conquer more and more provinces. Except where a huge emphasis is placed on the intricacies of government: who to give the land to, how not to quarrel with the church and the subjects, how to avoid assassination attempts, and not only.

The third part in all the colors shows the complexity of the board and all the consequences. Beginners will struggle, but once you get the hang of it, «Game of Thrones» is the most boring game you will ever see in a TV series. Players will not only have to pump up individual perks but also keep an eye on the stress level.

Crusader Kings 3 can be described as an addictive ruler simulator, where it is important to be able to maneuver and make every move intelligently.

If you want to be in the skin of the king without exploring the many gameplay nuances, then most players will enjoy Yes, Your Grace.

Meet Eric – ruler of a small kingdom called Davern. And Eric has had his fair share of challenges. He has three daughters, who will cause a lot of trouble for the game, and a war with another kingdom is on the doorstep. Eric will not only have to deal with flowing situations but also find allies with an army to fight back against the enemy.

The game operates with three main resources — gold, troops, supplies, and satisfaction levels. Every one of them has to be carefully watched. However, the most interesting – to listen to the requests of subjects. You can’t help everyone, so you have to make choices all the time.

Yes, Your Grace is not so much a strategy as a funny, funny, and sometimes even sad story with quite interesting gameplay about the complex fate of the king.

Roguelike in a medieval setting? Why not, especially if you make it in nice pixel graphics and with level generation? This is exactly what Stoneshard, the brainchild of domestic developers, offers. 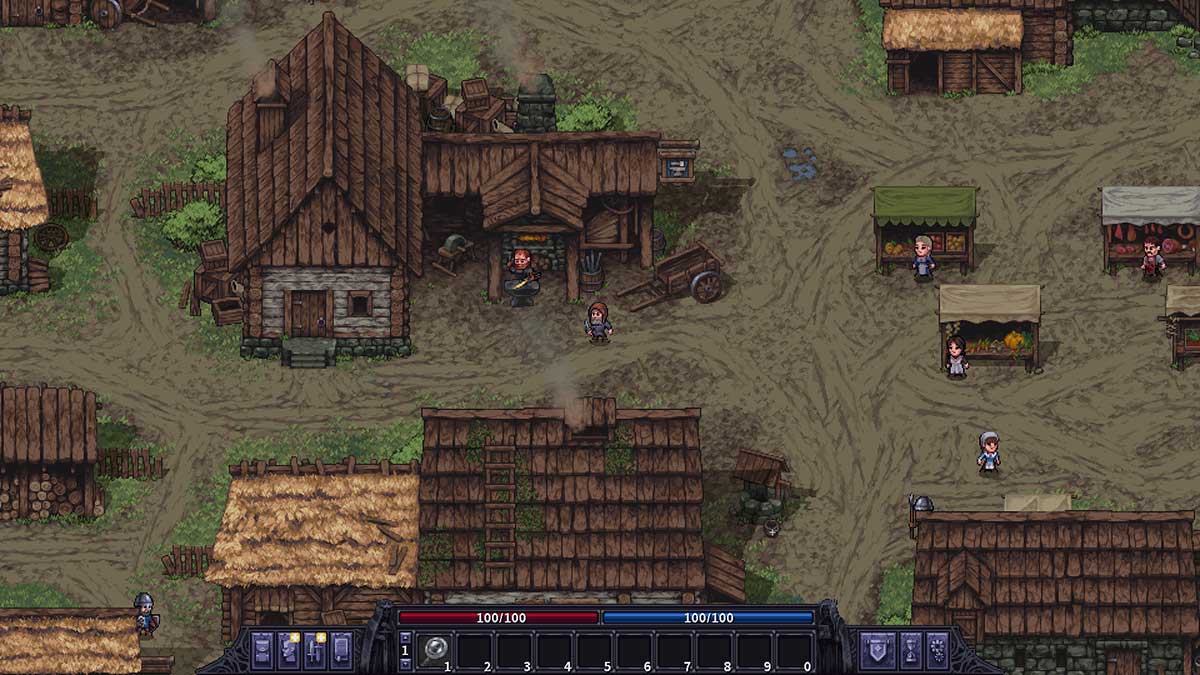 Since the game is only in early access, the story is in the making. In the prologue, we were shown the protagonist – A mercenary who was fulfilling an order for a magician. In the end, a small case turned into the discovery of a real conspiracy, which you will have to unravel in the game.

Despite the lack of a story or any sane quests, Stoneshard is already definitely enticing. First of all, it’s a gorgeous graphical performance. The locations are worked out to the smallest detail, a lot of inventory items, and the dungeons are sure to cause you nostalgia for the classics.

Secondly, the game has survival elements and an advanced system of negative and positive effects. All this makes the gameplay more varied. Add to that the 12 categories of weapons and various skills.

Stoneshard may well be a high-profile release at the time of early access if the developers continue to improve the game in the same spirit.

To present this game to most people is not necessary – is part of the legendary franchise, and, according to players, one of the most successful. 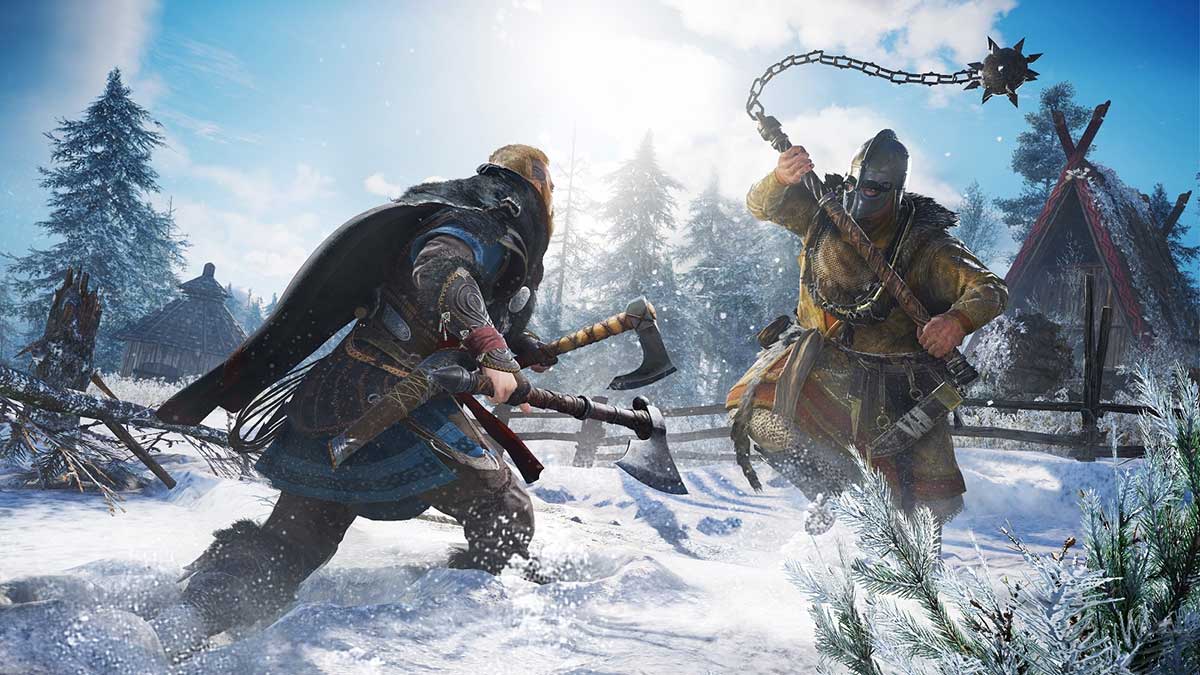 In Valhalla, we go to Scandinavia and learn more about the adventures of the Vikings. Huge locations, top-notch graphics, an intriguing storyline, and tons of action. All in the spirit of the Assassin’s Creed. However, this is not the story of the Templars, as many are accustomed to. Domestic politics and intrigue – are what await gamers in Valhalla. No wonder, because the game was created by the authors of the series «Vikings».

If you are a fan of the series or just love the Viking setting, then this part of AC is not to be missed. Especially given the beauty of medieval England.

Back in the days of PS3 Demon’s Souls has been shattering the nerves of players all over the world. Despite various flaws, the game has received huge popularity and thousands of fans. And now a remake has arrived on PS5. 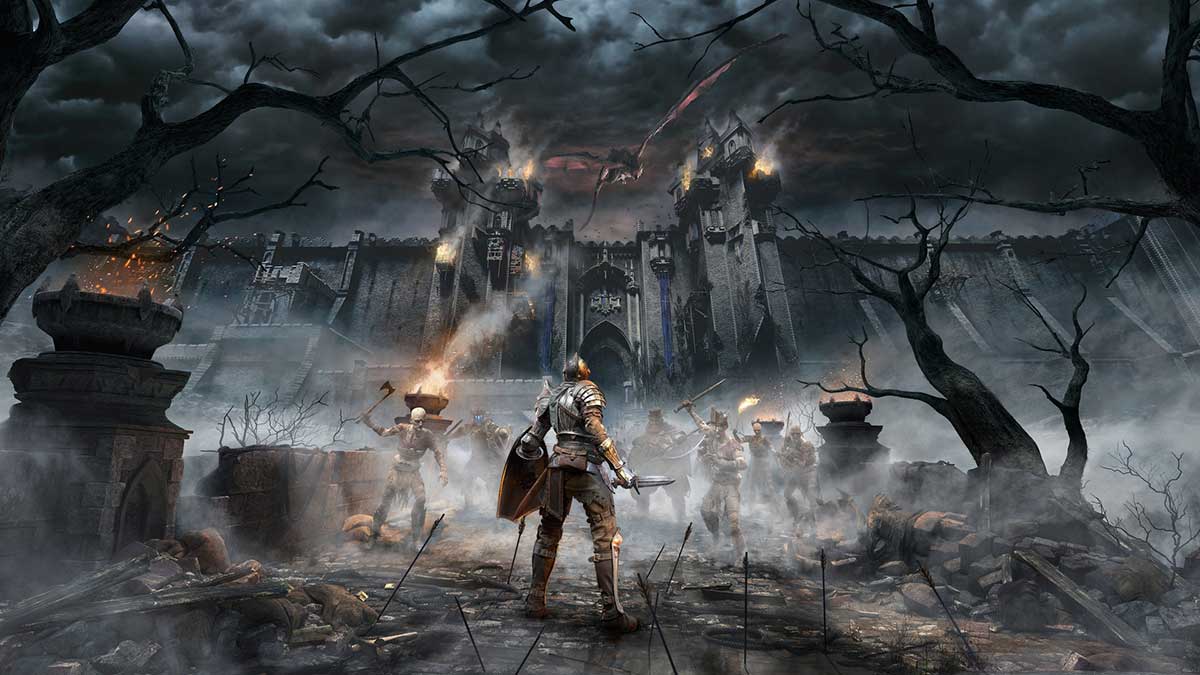 What to expect from Demon’s Souls Remake – it’s a classic souls game in a very bright wrapper. The developers paid special attention to graphics, and the iron of the new console has no problem giving an awesome picture. It’s something to behold – Huge castles, bosses from the depths of hell, and medieval landscapes.

In the remake, the developers removed the annoying grind and made the trials more interesting. Of course, the trademark hardcore is still there, so you have to die often and everywhere. Even if the remaster does not give the magic of the original, but is still able to give a few dozen hours of bright and rich gameplay. That is, of course, if you are a lucky PS5 owner.

Over three million copies in 16 days and 96% positive feedback on Steam. And this is not some The Witcher or GTA, but the creation of an unknown studio. Vilhelm – survival simulator about Vikings. Not the most original theme, but that’s not the secret. 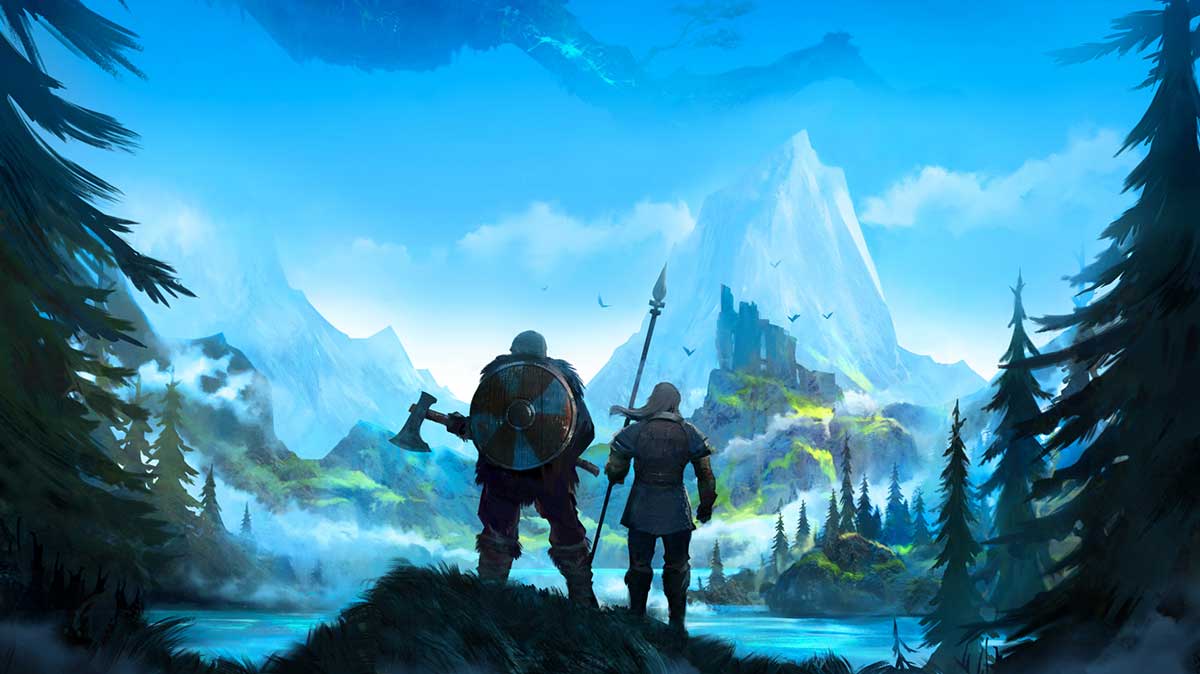 It’s all about the fact that the developers made the game from the heart, taking the best of various fantasy projects. Oddly enough, Valheim has a story and an end goal – Get out of Valheim Prison, which is the entire available map. You can’t die of hunger in the game, but the better you feed your hero, the more you get bonuses.

The first few days of gameplay will focus solely on resource mining and crafting, but beyond that, you’ll get your first weapon and be able to fight back against the local monsters. The combat system is both clever and simple, soul-like with a couple of attacks and rolls.

There’s also a network mode in Valheim, and an unfamiliar Viking can help a lot in battle. If you are a fan of the survival genre, then you should give this project a try.

At the end of our top picks, we’ll tell you about MMOs in a medieval setting. The closest analog to — Mount and Blade, although the Chinese developers of Blood of Steel managed to bring a few interesting things to their project. 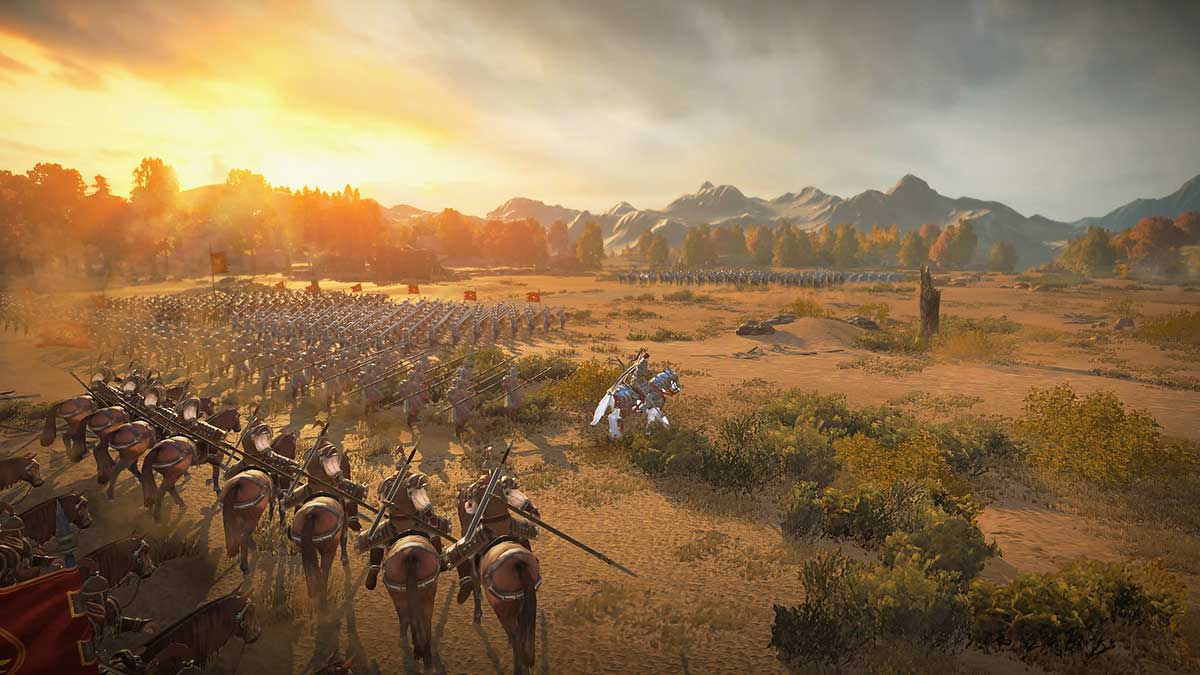 Here you play from the third person, and you can control a small squad. When several players and their armies are fighting on the field, everything becomes much larger. The spectacle is truly breathtaking: hundreds of soldiers running at each other with screams. And the most important thing – you are one of them in this crowd.

There are several modes for entertainment, including 10 on 10 battles, capturing the flags, fight for fortresses. The game has a lot of units: archers, crossbowmen, lances, cavalry, and others. Generals place mini-armies before battle, then personally lead them into battle.

Blood of Steel doesn’t have the most innovative graphics and has various flaws, but it gives a full measure of the vivid emotions of medieval battles and not only. For fans of MOBA, this is almost ideal.